Marseille hasn’t always been seen a premier destination on the southern coast of France, but the second largest city in the country is certainly somewhere that shouldn’t be overlooked.

Founded by Greek settlers thousands of years ago, making it one of France’s oldest cities, Marseille has benefitted no end from being the European Capital of Culture back in 2013 and is now widely regarded as a viable alternative to the likes of Cannes and Nice.

Being located on the Côte d'Azur, Marseille is a city that benefits from favourable weather conditions throughout the year – making it a popular choice for visitors no matter the season.

Hot summers and mild winters are a major draw, with plenty of things to see and do in a city that is very much an ‘anytime’ destination.

One of the most popular areas of Marseille is Vieux Port, or the Old Port, where there are plenty of opportunities to sit back with a drink or to grab something to eat whilst taking in the views.

Around the Old Port, which looks particularly spectacular when illuminated on an evening, you’ll also find one of the oldest sites of Christian worship in France as well as Marseille’s old lighthouse and the Town Hall.

Take a stroll through the narrow streets of Le Panier and you’ll find plenty of quirky little shops and coffee shops whilst there are also plenty of trendy, modern boutiques located along the waterfront areas.

A short walk from the heart of Marseille there is the chance to relax on the beach and top up the tan whilst the nearby Calanques National Park is home to stunning scenery and a great place to marvel at the local wildlife.

A cruise out to the island of Chateau d’If might also appeal if you want to visit the home of the fictional Count of Monte Cristo from the famous novel by Alexandre Dumas. 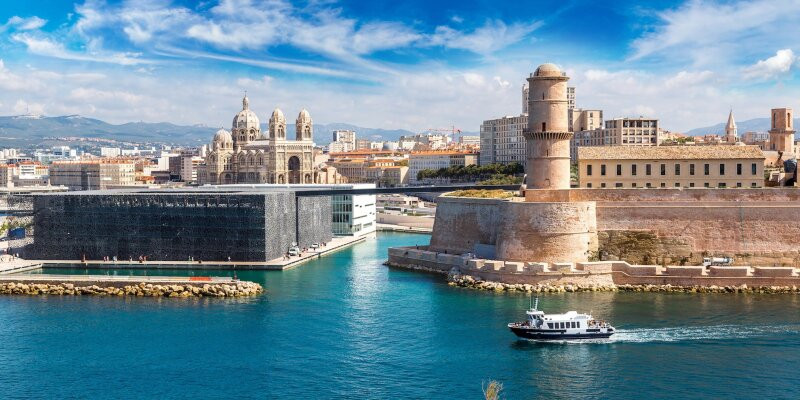 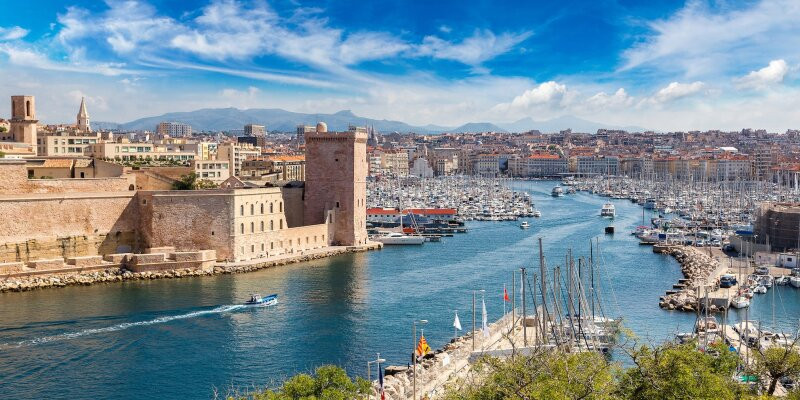 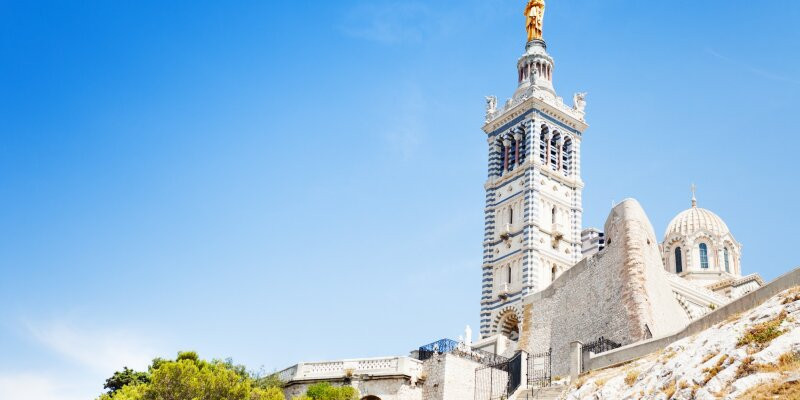 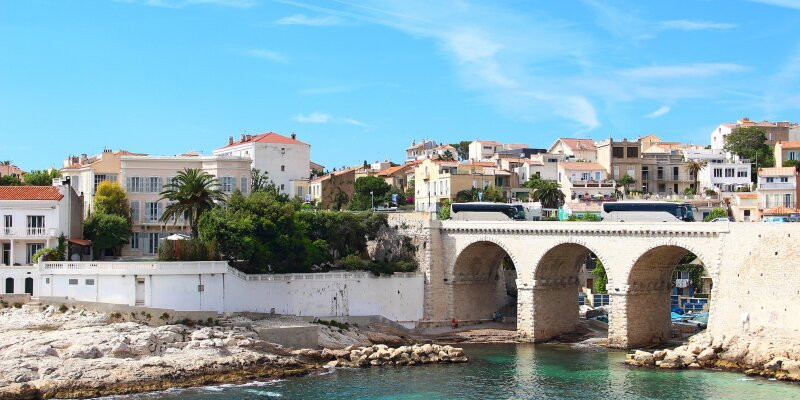 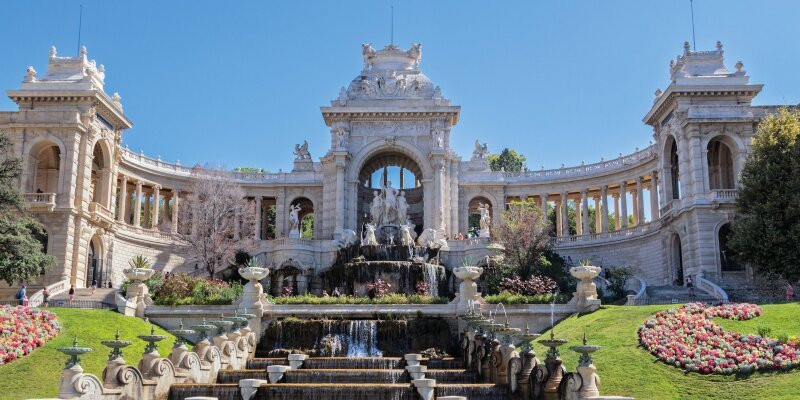 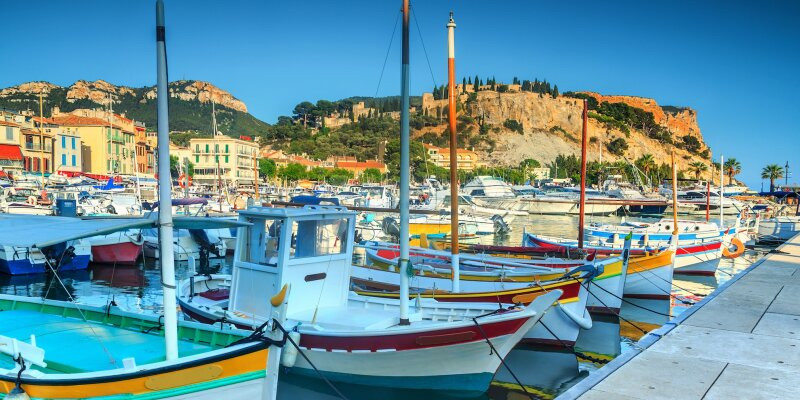 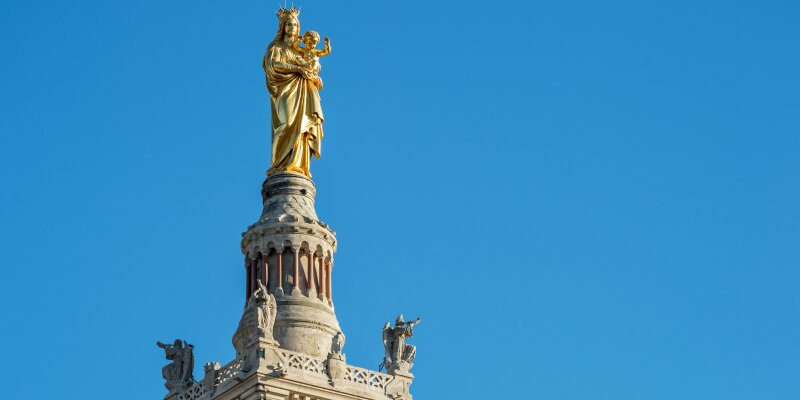 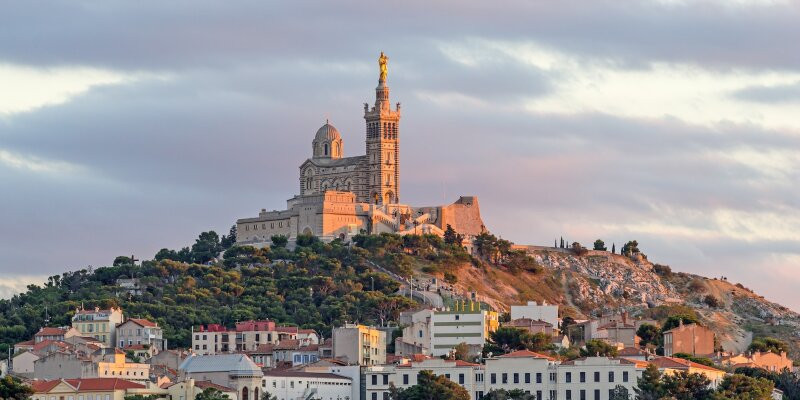 Things to do in Marseille

The Abbey of Saint Victor is believed to date back at far as the fifth century and is one of the oldest buildings in Marseille. It’s possible to head inside to explore the crypts and the basilica, whilst the fortified tower is one of the true city landmarks.

The Basilique Notre Dame de la Garde is a stunning Catholic basilica that is regarded as the main landmark within Marseille. Built on the foundations of an ancient fort, the basilica - which dates back to the mid–1800s - features a mix of Romanesque and Byzantine architecture as well as large statue of the Madonna and child.

Marseille is a fantastic place to visit if you are a food lover, with a number of top class restaurants across the city. Bouillabaisse - a traditional Provençal fish stew - is particularly popular having originated in the city, and is something that is sure to tickle the tastebuds.

Le Panier is a popular area of Marseille away from the Vieux Port and well worth exploring during your time in the city. One of the oldest districts of the city, Le Panier is packed with colourful old buildings that sit on character filled streets and is an area where you can spend hours simply walking around soaking up the atmosphere.

The Chateau d’If is a fortress that is based on a small island off the coast or Marseille that is famous for being one of the settings for the famous novel ‘The Count of Monte Cristo’. Later used as a prison, the fortress is now a popular tourist attraction for those who are visiting Marseille.

The Museum of European and Mediterranean Civilisations

The Musée des Civilisations de l'Europe et de la Méditerranée opened in 2013 when Marseille was the European Capital of Culture and is devoted to European and Mediterranean history. Built near to the harbour entrance, MUCEM features a range of permanent and rotating exhibitions in a modern building that is connected to Fort Saint-Jean – which is also part of the museum.