Travel to Kefalonia with us

As the largest of the Ionian Islands, Kefalonia is a popular destination for tourists who are drawn in by the scenic beauty of an island made famous by the film Captain Corelli’s Mandolin, starring Nicolas Cage and Penelope Cruz.

Kefalonia is particularly popular during the summer months, when there can be little to no rainfall and the average temperature can hit 30 degrees.

During the winter, the average temperatures will be in the low to mid teens with a much larger chance of rain, and even the possibility of snow in some of the more mountainous regions.

The varied geography of the island is one of the major selling points, with the impressive views to be enjoyed from some of the high peaks like Mount Ainos being in stark contrast to the astonishing beauty of Melissani and the Drogorati Caves and scenic Myrtos Beach.

In fact that beach is where some of the most famous scenes from Captain Corelli’s Mandolin were shot, with the white sands and turquoise water being noted as one of the best beaches anywhere in Greece.

In terms of resorts, the likes of Lassi, Skala and Fiskardo provide plenty of variation for families and couples alike, with a range of different hotels, popular beaches, a selection of restaurant and shops and plenty of historical sites.

Kefalonia is also known for its wine and its olive oil, both of which you’d be well advised to sample during your time on the island. 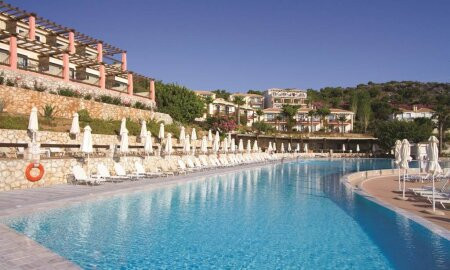 The Apostolata Island Resort & Spa Hotel is located on a hillside overlooking the Ionian Sea on the south-eastern coast of sunny Kefalonia. The hotel provides a complimentary bus s... 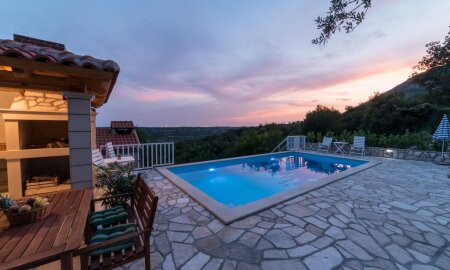 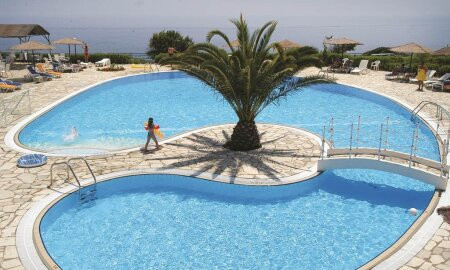 The Porto Skala Village Hotel is a large complex located in landscaped gardens overlooking the Aegean Sea. It is built in the shape of an amphitheatre and is just 1 minute from the...