Travel to Dubrovnik with us

Croatia is a destination that is becoming increasingly popular for those heading overseas and not just because of the fact that it has some of the best beaches in Eastern Europe.

It also provides the opportunity to explore some fascinating cities and top of the list is Dubrovnik – a place that is sure to impress no matter whether you are visiting for the first time or have already been drawn in and are returning for more.

Situated on the Adriatic coast, the walled city is steeped in culture and history at every turn, so much so that the Old Town has been granted UNESCO World Heritage site status as one of the best examples of a walled medieval city there is.

Dubrovnik is a great place to visit no matter what the time of year may be, with a Mediterranean climate that ensures there are long hot summers and mild winters waiting to be enjoyed.

The summer months are naturally very popular but even in the middle of winter you’ll encounter relatively low levels of rain, with no more than half a dozen or so days of wet conditions.

There is little doubt that it is the historic side of Dubrovnik that is the major draw, with stunning views across the city being available if you take a stroll along the city walls themselves.

Head into the Old Town and you’ll be able to embrace history at every turn as you marvel at the many ancient buildings, with the fact that the area is off limits to traffic meaning you can wander through the cobbled streets at leisure.

Buildings like the Cathedral of the Assumption and the Rector’s Palace will be particularly popular.

Despite the historic nature of the surroundings, Dubrovnik also has a very modern side, so expect to find plenty of stylish boutiques where you can look up souvenirs and a range of impressive bars and restaurants where you can relax on an evening when the sun goes down.

With picturesque beaches, secluded islands and towering mountains within easy reach of the city, it’s hard to find a reason not to consider Dubrovnik for a city break.

You can’t pay a visit to Dubrovnik and not take up the opportunity to explore the famous city walls. The 16th century fortifications are some of the best preserved examples to be found anywhere in the world, and run for just under 2km around the Old Town. You’ll not only be able to explore the various towers and bastions but will also be able to take in an alternative view of the city within.

Lokrum is one of the small islands that is located just off the coast from Dubrovnik, and one of the more popular options for those wanting to enjoy a day trip from the city. A short ferry ride from the Old Town, the island is home to a monastery and an impressive botanical garden, with a number of walking trails that offer the chance to explore the natural beauty of the luscious, green surroundings.

For unparalleled views of the city, both old and new, a ride on the Dubrovnik cable car is an absolute must. Starting just outside the city walls, you’ll head up the slopes of Mount Srd to take in impressive views across the city from a height of more than 400m. At the summit, you’ll find an impressive Imperial Fort as well as a restaurant where you can grab a bite to eat.

Cathedral of the Assumption

Dubrovnik Cathedral is an impressive Roman Catholic cathedral within the city that was rebuilt in Baroque style in the 1600s having been largely destroyed by an earthquake. The building features a number of impressive paintings and is also home to a treasury that holds various ancient relics dating back as far as the eleventh century.

The Rector’s Palace dates back to the 1400s and features element of gothic, renaissance and baroque design. Containing the office where the elected rector would have been based as well as his private chambers and a dubgeon, the palace is now home to a museum where you can explore the history of the city.

Dubrovnik has been put on the map somewhat by the hit TV show Game of Thrones, having been used for filming of scenes in King’s Landing – with the city walls and the nearby cliffs being seen as the perfect backdrop for the show. Tours are available that will give fans of the show the chance to see many of the filming locations first hand.

The synagogue within Dubrovnik is one of the oldest in Europe and still used for worship on holy days. It’s also home to a special museum that exhibits various Jewish artefacts and also provides information on the local Jewish community.

The Old Town in Dubrovnik is a great place to have a night out when the sun goes down, with the mix of cobbled streets being home to all manner of different places where you can enjoy your evening. From quiet bars where you can have a chat over a beer to intimate wine-tasting venues, and from swanky cocktail bars to sports bars where you can catch the latest big game, there is something for everything. 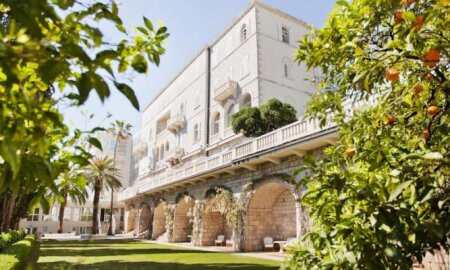 Grand Villa Argentina Hotel is a short 5 minute walk from the beautiful beach where you can spend the day soaking up the sun whilst the younger holidaymakers can enjoy the sea. Th... 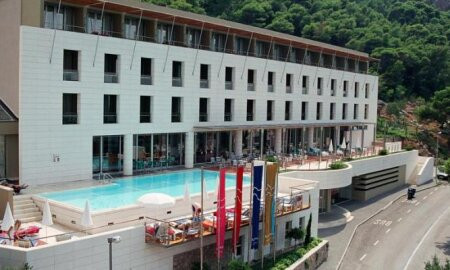 The Uvala Hotel is a four star resort situated on the Lapad Peninsular, surrounded by the clear blue waters of the Adriatic Sea and stunning pine forests. Thanks to its relative... 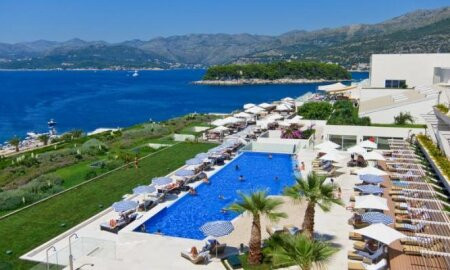 Valamar Dubrovnik President Hotel is a fantastic 4 star complex located right on the beach along the Riviera. It has stunning views of the Elaphiti Islands. The beach has its own...

When it comes to a short haul holiday to Europe, there ...

Earlier this week we shared a blog providing some hints...

When it comes to a city break in Europe, there are plen...