Travel to Palm Jumeirah with us

Sometimes referred to as the 'Eighth Wonder of the World’, Palm Jumeirah is one of the most popular areas within Dubai - and with good reason.

Man made, and holding the record for being the largest artificial island in the world, Palm Jumeirah opened back in 2007 to provide Dubai with additional room to expand and it has now become something of a destination in its own right.

As the name would suggest, the island is shaped like a huge palm tree, with a number of 'branches' fanning off the main 'trunk' that links Palm Jumeirah with the mainland - which can be accessed with ease through a monorail system.

On the Palm, you’ll find some of the most luxurious hotels that Dubai has to offer which include Atlantis The Palm, the Five Palm Jumeirah and One & Only Resort The Palm - all of which are 5* offerings.

Given that the Palm was constructed using sand, there are plenty of beaches on which to relax and take in stunning views over the Persian Gulf and also back across the dramatic Dubai skyline - particularly when the sun goes down and the bright lights of the city light up the sky.

Those beaches open up the possibility of taking part in a raft of water-based leisure activities whilst there is also plenty on land to keep visitors occupied - including one of the top water parks in the Middle East region.

Given how easily you can also use Palm Jumeirah as a base to explore other areas within Dubai, it’s the ideal option for anyone keen to see everything that the city has to offer.

Even if you aren't staying at Atlantis The Palm, you can still pay a visit to Aquaventure - the huge waterpark that forms part of the resort. Situated right at the top of the Palm, Aquaventure is home to nearly 80 slides and attractions that are suitable for all ages, including the iconic 'Leap of Faith' , the six-person Aquaconda and Poseidon’s Revenge - a trapdoor slide where you’ll hit speeds of 60km/h. Splashers Lagoon & Cove is designed for smaller children whilst there is also a tidal river and even a zipwire that flies high above the water.

Based once again at Atlantis The Palm, the Lost Chambers Aquarium is home to more than 65,000 marine animals and one of the most exciting things to do is head into the water yourself on a shark safari. Those who are more experienced divers can even have a go at feeding them by hand. Snorkelling is also available whilst those who prefer to stay out of the water can simply take in the many and varied displays.

The ultimate Palm Jumeirah experience but one that is only suited to those with a head for heights! Take in views of the Palm from 13,000 feet before a tandem skydive provides the most exhilarating way in which to return to earth afterwards.

As well as the Lost Chambers Aquarium, Atlantis The Palm is also home to Dolphin Bay - which is a fantastic place to visit if you want to get up close to some of the most majestic mammals on the planet. As well as swimming with the bottlenose dolphins, you can learn more about the conservation work that is going in to protect them. At Sea Lion point you can enjoy similar experiences alongside the resident colony of sea lions.

Relax on the beach

So much sand was used to create Palm Jumeirah that you won’t be surprised to see there are plenty of beaches on which to relax - many of which are only available to people staying at the various hotels across the Palm. These private beaches are great way to avoid the crowds and relax in the sun.

The 5* hotels across Palm Jumeirah have all the facilities you could hope for and a top quality spa is one of the top attractions. The Talise Ottoman Spa at Jumeirah Zabeel Saray, the Guerlain Spa at One & Only The Palm and the Sofitel Spa at Dubai The Palm are three of the best. 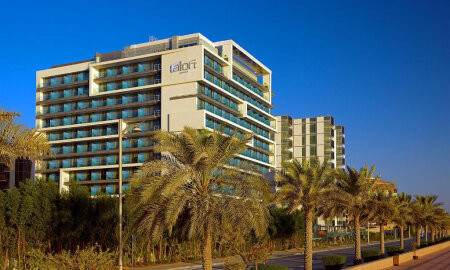 Aloft The Palm is a hip and trendy 4 star hotel situated on the East Crescent of the Palm Jumeirah archipelago. The hotel offers easy access to the local attractions like the Globa... 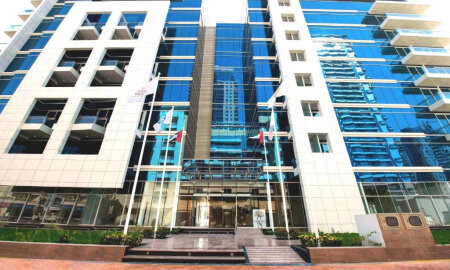 Jannah Place Marina Hotel is a 4 star complex providing guests with comfortable accommodation in an excellent location. Steps from the complex are many business hubs including the... 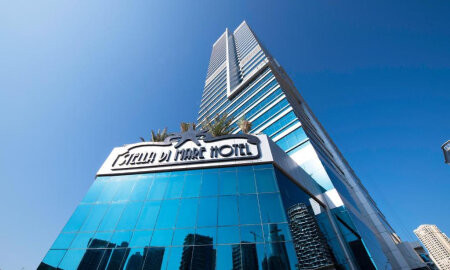 Stella Di Mare Dubai Marina is a beautiful 5 star hotel situated in the most prestigious city in the world. It is a very popular area for tourists looking to explore the local sigh... 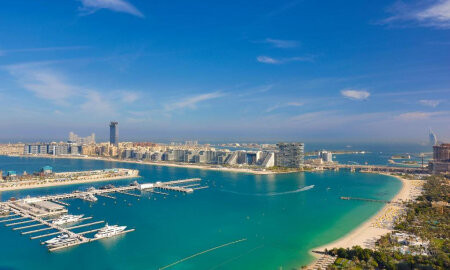 W Dubai - Mina Seyahi is a stunning 5 star complex located right in the heart of Dubai and within easy reach of all the local sights. It is a 10 minute walk from the beach where yo... 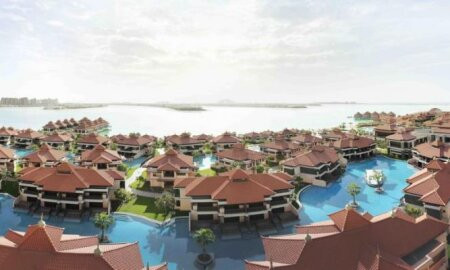 Located on the East Crescent of Palm Jumeirah Dubai, the Anantara The Palm Dubai Resort boasts 400 metres of private shoreline with expansive views of the Arabian Gulf. You can enj... 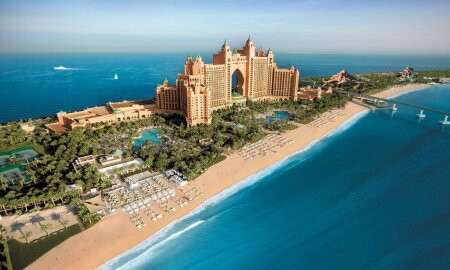 Atlantis The Palm is a stunning 5 star complex perched amid the turquoise waters of the Arabian Gulf. It has its own private sandy beach and overlooks the Dubai skyline. Known as t... 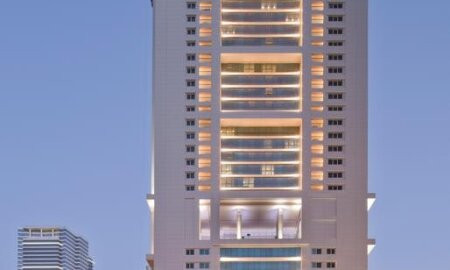 Bonnington Jumeirah Lakes Towers Hotel is a 5-star hotel located in Dubai just opposite Dubai Marina. It is a luxurious hotel that has 39 floors, consisting of 208 rooms and suites... 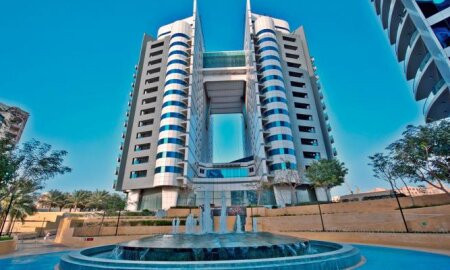 The Dukes Dubai Hotel is located on the iconic Palm Jumeirah, with its own private beach. It is one of the newest hotels to grace the region. A unique feature of the hotel is the... 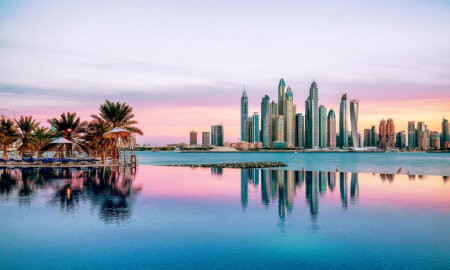 Located on the exclusive Palm Jumeirah, Dukes The Palm, a Royal Hideaway Hotel is a 5 star resort with panoramic views of the sea and Dubai itself. The tranquility of this resort m... 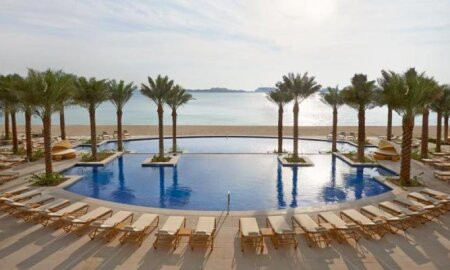 Escape to the Arabian sanctuary that is Fairmont The Palm. You will find yourself in the heart of the beautiful Palm Jumeirah where you can take in the sunsets and enjoy the breath... 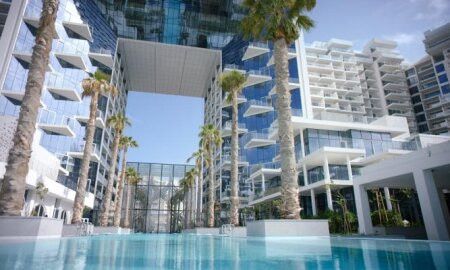 With the title of ‘The Hottest Hotel on Palm Jumeirah’, FIVE Palm Jumeirah captures the glamour and amazing vibe of Dubai. This hotel is set against the most amazing backdrop of th... 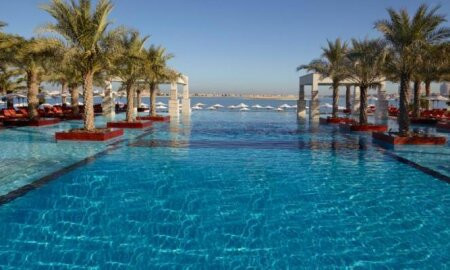 Jumeirah Zabeel Saray is inspired by the Ottoman era and is located on the West crescent of the iconic Palm Jumeirah, overlooking the stunning Arabian Gulf. This 5 star resort is s... 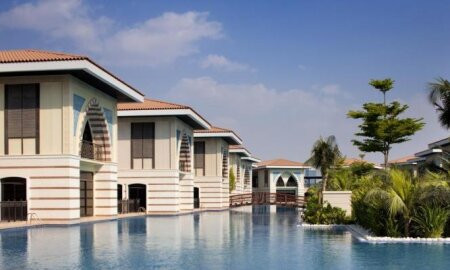 Inspired by the Ottoman era, the Jumeirah Zabeel Saray Royal Residences is located on the West crescent of the iconic Palm Jumeirah, overlooking the Arabian Gulf. It is in a prime... 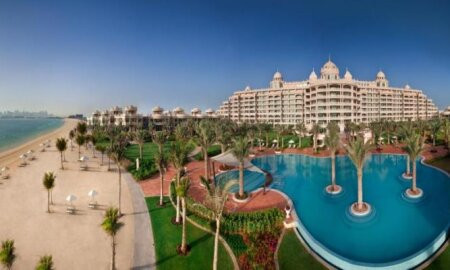 This palatial hotel sits in 5 acres of gardens on the white sandy beach of Palm Jumeirah. Benefitting from undisturbed views of the Arabian Sea and the distant Dubai skyline, the h... 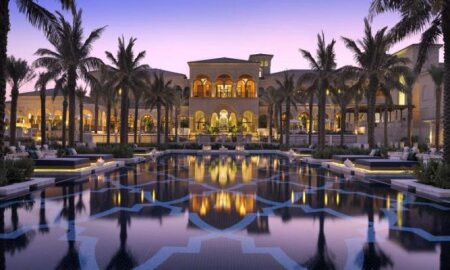 One & Only Resort The Palm Hotel

At One & Only The Palm Dubai guests can relax in complete seclusion due to it being Palm Island’s most exclusive resort. Make the most of the breathtaking views of the Arabian Gulf... 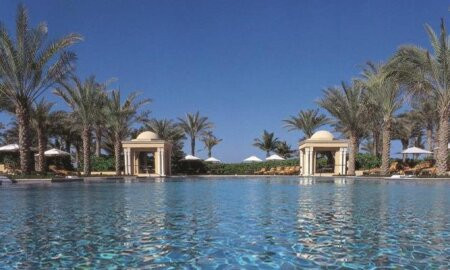 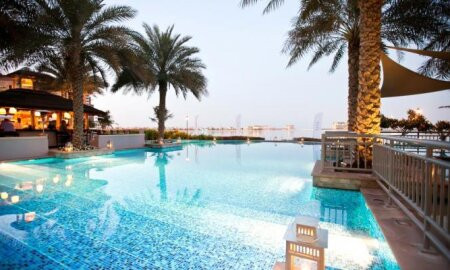 Palm Jumeirah Shoreline Residences is a group of luxury self- catering apartments located on the Palm Island Jumeirah. These apartments are furnished to a very high standard and ov... 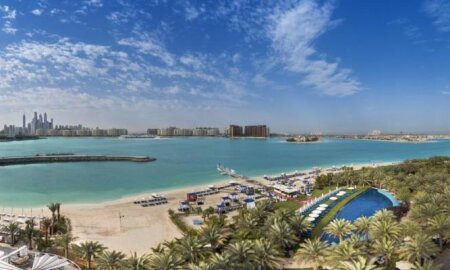 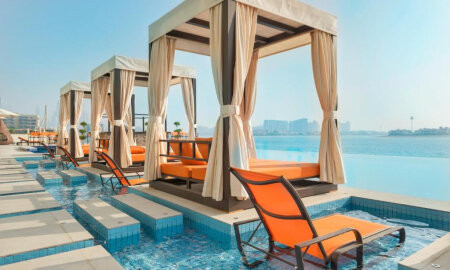 Royal Central Hotel, located on the East Crescent of The Palm Jumeirah, is a stunning 5 star beach side hotel resort with facilities and accommodation that combines luxury and a la... 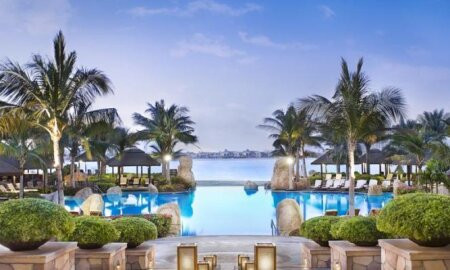 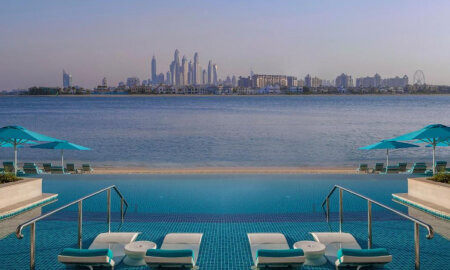 Discover the perfect balance between the vibrant energy of Dubai and the holistic well being of this stunning wellness retreat. The wellness philosophy runs throughout the hotel, a... 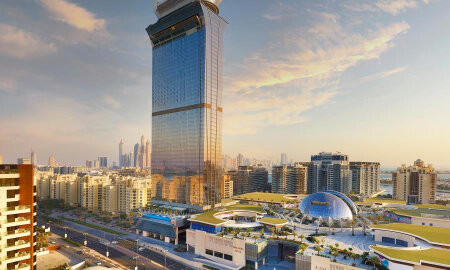 The St Regis, The Palm

The St Regis, The Palm is a luxury 5 star hotel situated on the trunk of the iconic Palm Jumeirah and connects to the Nakheel Mall which has over 300 shops, restaurants and enterta... 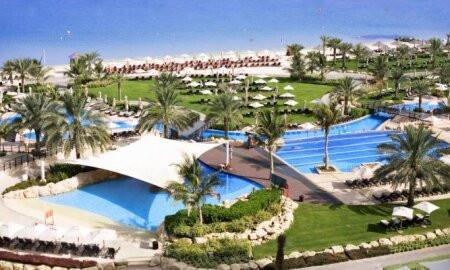 Westin Dubai Mina Seyahi Beach Resort & Marina Hotel is a luxury 5 star hotel located right on Jumeirah Beach. This stunning beachfront hotel has everything you need to have the m... 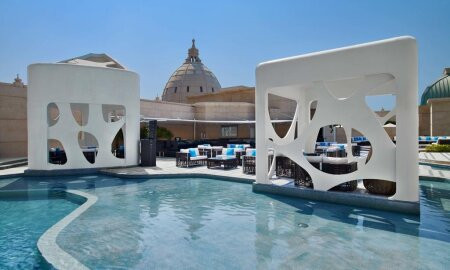 Whether you are looking to unwind or have a fun filled vacation, W Dubai The Palm is the place to stay. It offers guests the most amazing views of the Arabian Gulf and the stunning... 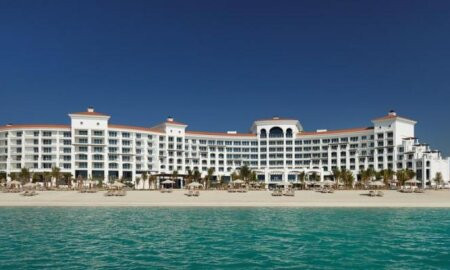 Things to bear in mind in Dubai

Whenever you are booking a holiday to an overseas desti...

When some people head overseas on holiday, they are mor...

There is never really a bad time to take a trip to Duba...