The Northern Territory is an area that defines Australia to many people and whilst not the state where you might want to spend your entire time Down Under, it’s certainly somewhere you’ll want to visit.

Split between two distinct regions, the Northern Territory is the place to go if you want to experience Outback Australia but is also home to tropical forests teeming with wildlife.

Give the sheer size of the Northern Territory - which covers more than half a million square miles - the weather conditions can vary greatly depending on which area you want to visit.

Head into the heart of the Outback and you’ll have to deal with a desert-like climate featuring hot summers and cold winters, whilst there are distinct wet and dry seasons when you head further north towards Darwin.

Here, expect things to be more tropical - a reflection of the fact that the city is closer to some Asian destinations than it is to the Australian capital Canberra.

Should you decide to head for the Northern Territory for a portion of your Australian adventure, then you’ll probably be doing so with one reason in mind.

The iconic red rock of Uluru (better known as Ayers Rock) and the domed rock formations of Kata Tjuta are some of the most iconic sites anywhere in Australia and various trips operate that will allow you to head out and explore the natural wonders.

Given the remoteness of the area, you might decide to fly into Ayers Rock Airport - where you can then hire a car to explore the Outback at leisure.

Just make sure you are prepared for both the weather and also for the fact that you might not encounter other vehicles for long periods - Alice Springs for example is over four and half hours away by road.

Away from the outback areas, Darwin might be the smallest state capital in Australia but it still offers plenty to appeal to overseas visitors.

Once a small pioneer outpost, Darwin developed into an important trading port with Asia, and there are museums and galleries that will help to give an insight into the history of the city through the years.

There are numerous parks where you can take a stroll through luscious greenery, including the George Darwin Botanic Gardens, but head further afield and the likes of the Kakadu National Park are within easy reach of the city.

Add into the mix dining and entertainment options aplenty within Darwin and you’ll soon discover why the Top End offers a fascinating alternative to some of the regions further south.

Alice Springs is located right in the heart of Australia roughly half-way between Adelaide and Darwin. It’s the place to go if you want to head off and explore the Outback, with walking trails aplenty and the opportunity to uncover more about the history and culture of those people who call the Red Centre their home.

Museum and Art Gallery of the Northern Territory

Located in Darwin, the current Museum and Art Gallery of the Northern Territory opened in 1981 after the original building was damaged by Cyclone Tracy in 1974. You can discover more about the cyclone, which devastated the city, find out the role Darwin played in WWII, examine indigenous art and meet ‘Sweetheart’ – a huge saltwater crocodile who was notorious in the 1970s for attacking dinghies in a local fishing spot.

Also known as Ayers Rock, Uluru is one of the most famous Australian landmarks and is recognised all around the world. The large sandstone rock formation is sacred to the Aboriginal people who live in the local area and is one of the most visited sites in the country. Uluru sits around 280 miles from Alice Springs and can be accessed by road or by air if arriving from elsewhere in Australia as part of a multi-centre trip.

The Kakadu National Park is located in the Top End of the Northern Territory around 170km from Darwin. In contrast to the Red Centre, the park is packed with some of the richest flora in Northern Australia, with forest landscapes and open areas of wetland packed with wildlife. Saltwater crocodiles and kangaroos are just species you might be lucky enough to see.

Kata Tjuta, more commonly known as the Olgas, is another famous rock formation that is located in the Outback and is just 20 miles away from Uluru. Part of the sacred Uluru-Kata Tjuta National Park, the ancient formations are one of Australia’s most spectacular sights and well worth a visit.

The Kangaroo Sanctuary is located in Alice Springs and was made famous by the TV show ‘Kanagroo Dundee’. Created to help rescue and rehabilitate animals left orphaned in the wild, the sanctuary covers 188 acres of the Outback, with visitors able to take a stroll through the reserve and see the wildlife on special guided tours.

If you decide to hit the road yourself during a trip to the Northern Territory then the Stuart Highway is sure to feature on your journey. Running through the heart of the Outback, the road heads from Port Augusta in South Australia right up to Darwin – a total distance of more than 1,700 miles. Following the highway, which is named after Scottish explorer John Stuart, you’ll be able to call in on various small towns along the route to gain a unique insight into Outback life.

The Larapinta Trail is a walking trail that runs for 223km through the Outback from Alice Springs to Mount Sonder. Those who want to take on the challenge of the full trail will be able to follow a well marked route that includes campsites where you can spend the night and places where you can stock up on water. Smaller sections of the trail can be accessed for those who don’t want to try the whole thing.

Katherine Gorge is located in Nitmiluk National Park and is a deep gorge carved from sandstone by the Katherine River. The main draw of the park, the 13 gorges feature various rapids and falls and can be explored either on foot or by taking to the water in a canoe or boat.

Kings Canyon sits at the end of the George Gill Range around 201 miles from Alice Springs and is home a number of walks for those who want to explore the stunning scenery. As well as walking through the gorge itself, you take on the challenge of the Rim Walk, which provides the chance to take in stunning views from the top of the 100m high canyon walls. 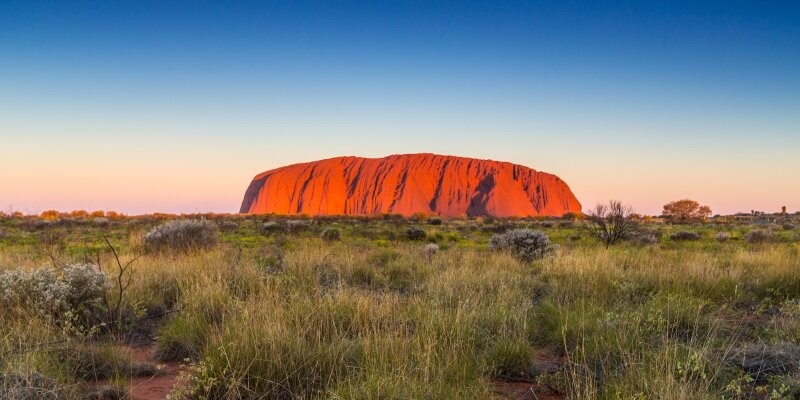 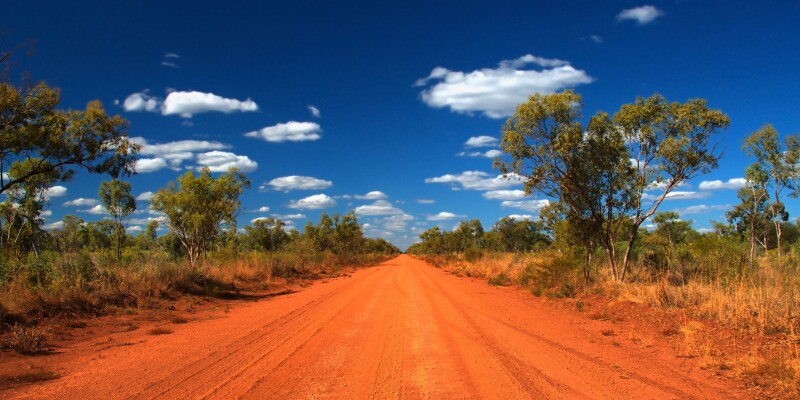 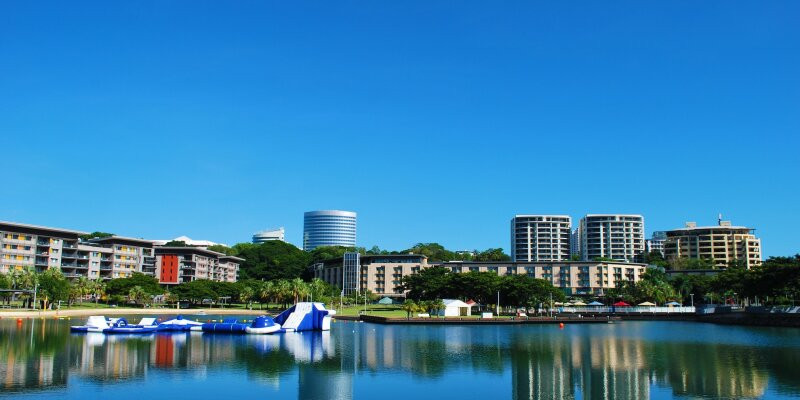 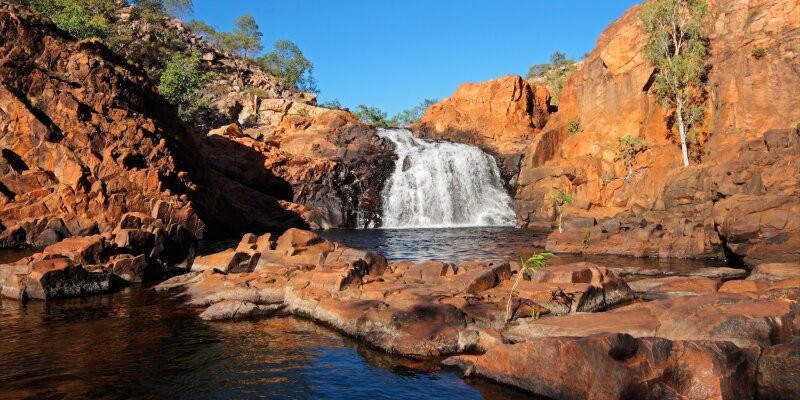 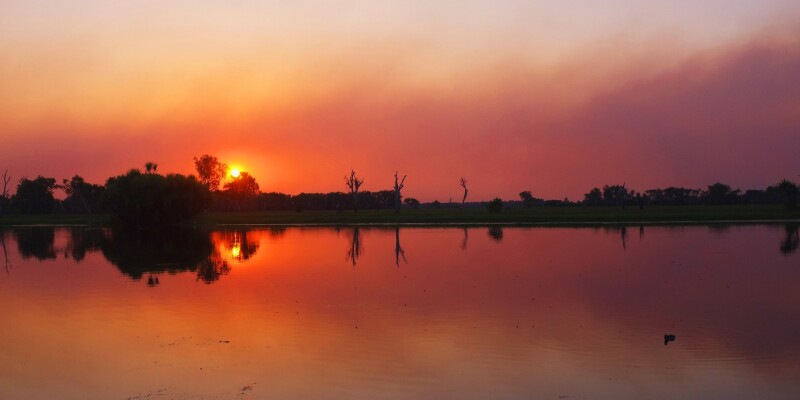 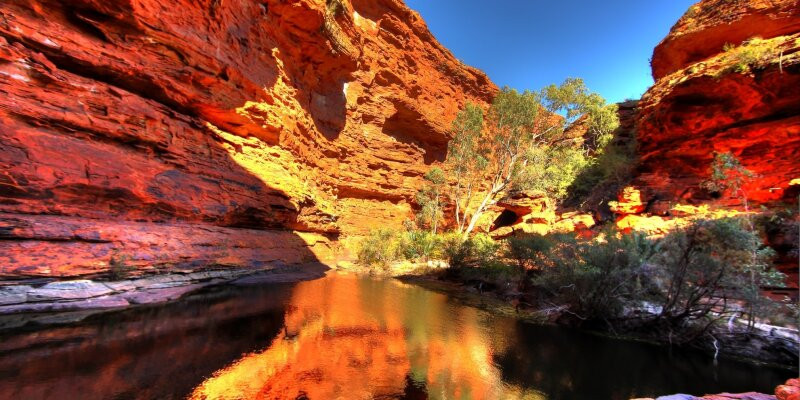 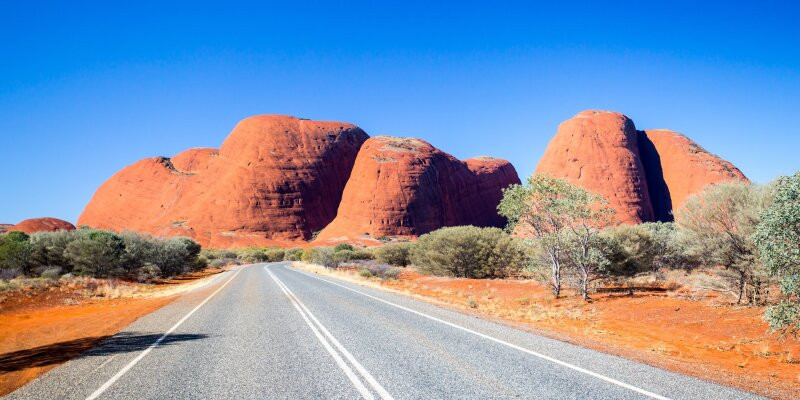 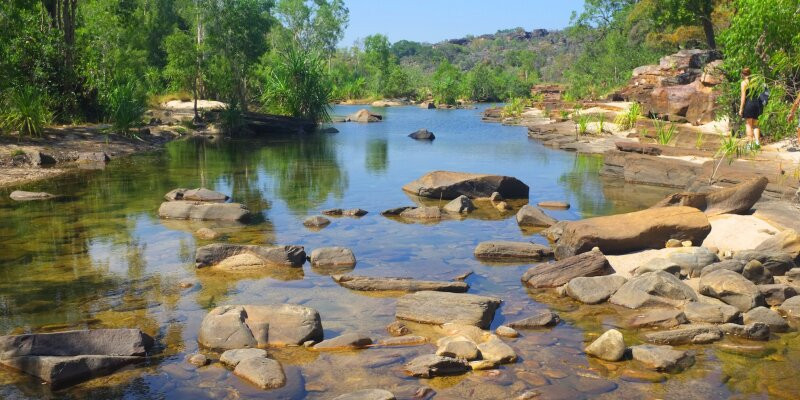 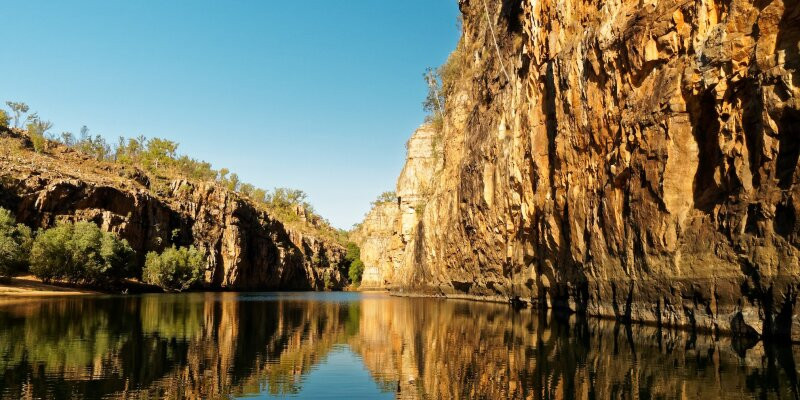 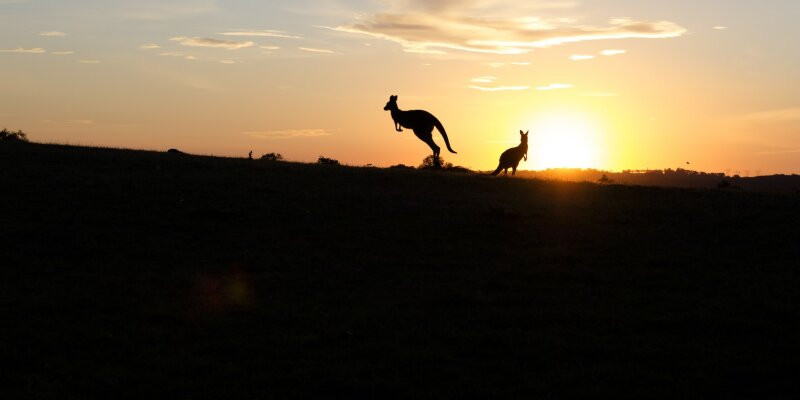