Hoi An is one of the most historic destinations to be found anywhere in Vietnam and is located on the central coast.

If you want to see the traditional side of the country then this is very much the place to go, with the historic side of Hoi An having been listed as a UNESCO World Heritage Site since the late 90s.

As with a number of other towns and cities across Vietnam, Hoi An is warm throughout the year but also has two distinct seasons at the same time.

September through to January is when there is the biggest chance of encountering heavy rain, whilst the middle of summer is when the temperatures will reach their highest.

As a result, the spring months, with more comfortable temperatures and lower levels of humidity, tend to be popular with overseas visitors.

Once an important trading port, Hoi An features buildings that show the impact that foreign visitors have had through the ages, with Japan in particular having had a major influence on the town.

Japanese merchant houses can be seen across Hoi An alongside Chinese temples that go back to the days when the town was one of the biggest trading ports in Asia.

The old tea warehouses are a prime example of one of the industries that has a major part to play in the Hoi An of years gone by. There are still plenty of tea houses within the town but you’ll also find plenty of modern bars that have sprung up to cater for the ever increasing number of visitors.

There are a number of museums within Hoi An that cover a selection of different subjects whilst there are plenty of shops in which you can pick up specially produced good from the expert tailors who are based within the town.

With dramatic scenery in the surrounding area that is simply waiting to be explored, there is little doubt that Hoi An is a destination where you are sure to create life long memories. 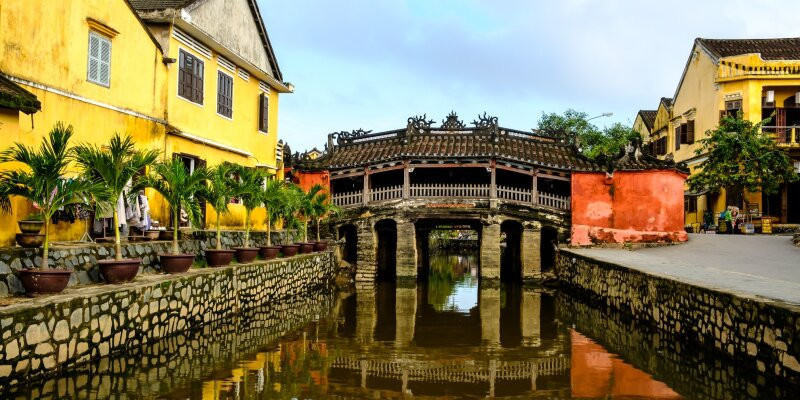 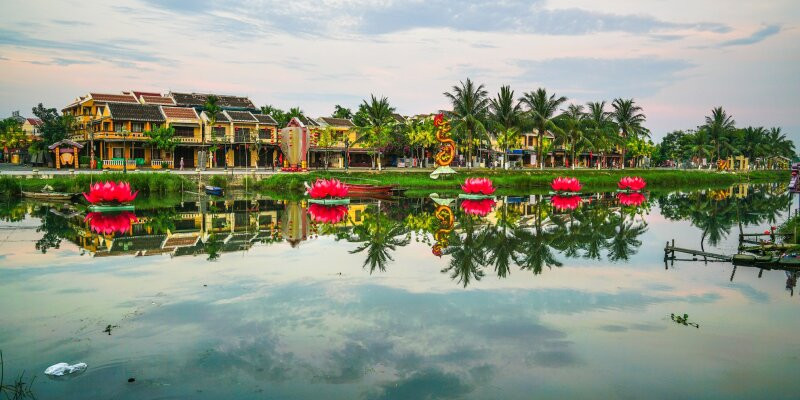 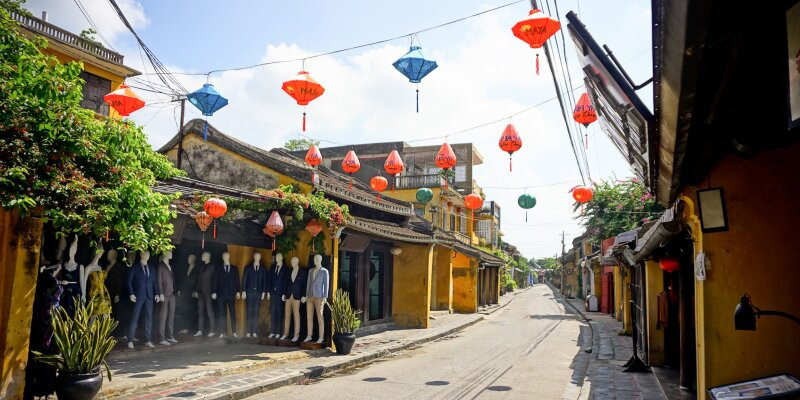 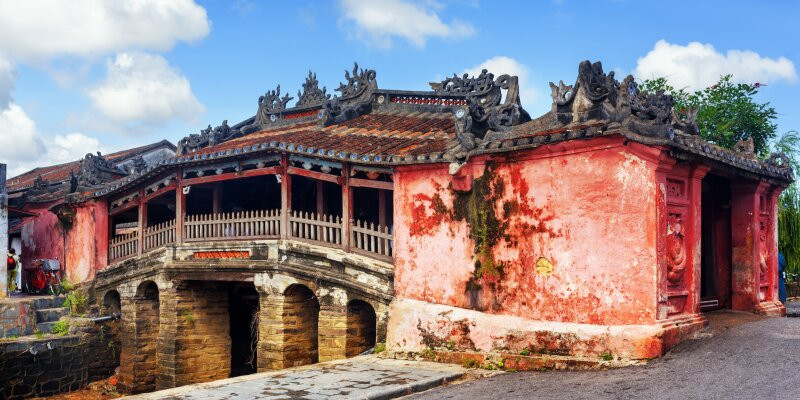 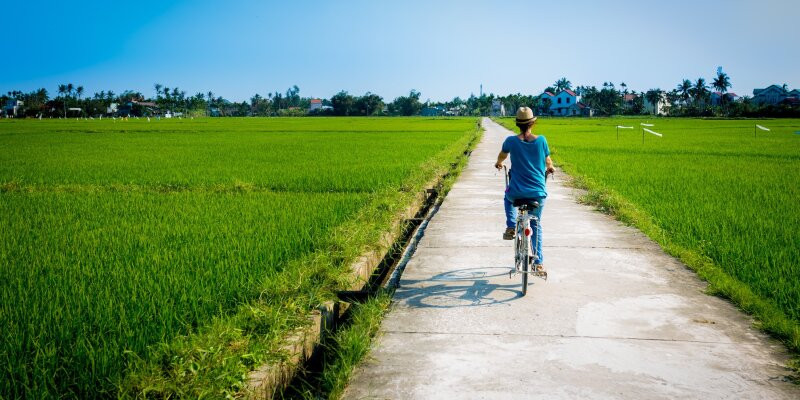 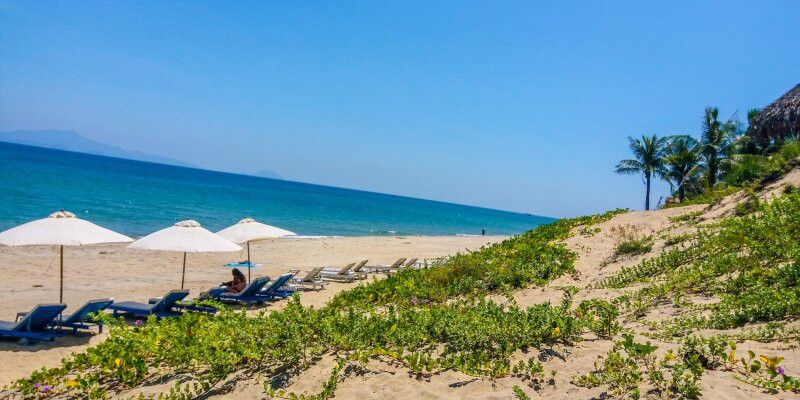 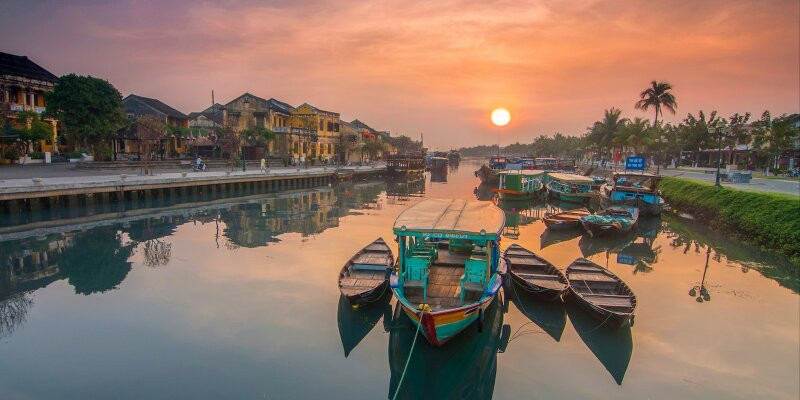 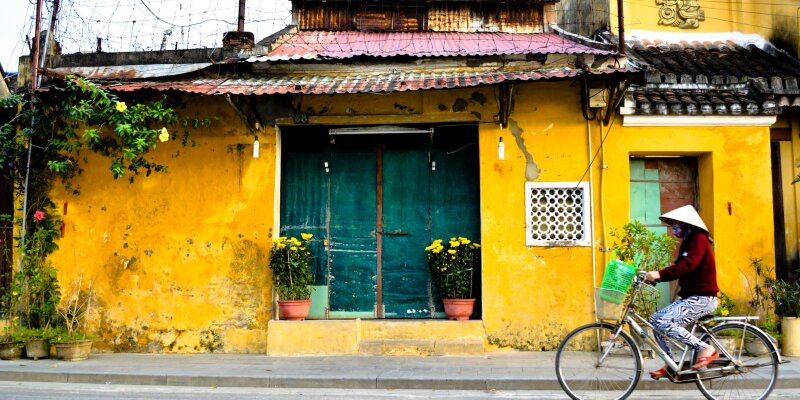 Things to do in Hoi An

The Japanese Covered Bridge is one of the most famous emblems of Hoi An and was built by the Japanese in order to reach the Chinese quarter of the city. The intricate designs on the bridge is what really sets it apart from anything else and is the main reason why the bridge is one of the first attractions in the city that visitors choose to visit.

If you want to explore a traditional Vietnamese house then the Tan Ky House is somewhere that is certainly worth exploring during a trip to Hoi An. You’ll be able to see the influences of both Japan and China in the intricate design, with the house having been well preserved through the ages.

Head out of Hoi An to nearby Danang and you can pay a visit to the unique cathedral, which was built in the 1920s for the French resident of the city. It’s unique because of the fact that the catholic cathedral is pink in colour, with services held daily to cater for the local community of over 4000 worshippers.

Whilst Hoi An is all about history, there are plenty of people who will also want to spend some time relaxing on the beach which is where the beach at Cua Dai comes into the equation. Easily accessible from the city, it’s a great place to lie back on golden sands and take in the sunshine.

Hoi An’s Folklore Museum is located in one of the cities old Chinese trading houses and is packed with exhibits that provide an insight into local customs and cultures from through the ages.

Located a short trip from Hoi Am, Cam Kim Island provides the opportunity to gain an insight into rural life in Vietnam and can be accessed via a bridge from the city. It’s a great place to take a leisurely cycle or to visit workshops where local tradesman work on producing impressive wood carvings which then go on sale back in Hoi An.

The Old Town is the most visited area of Hoi An and has been designated as a World Heritage Site. It’s something of a living museum for visitors, and is packed with historical buildings that have been well preserved to provide a fascinating insight into the Hoi An of years gone by

Dating back to the 17th century, Van Duc Pagoda is the local Buddhist temple and one of the oldest of its type in Hoi An. The peaceful surroundings are the ideal place to pay your respects whilst admiring the impressive architecture on display, whilst you might also be lucky enough to see the local monks releasing lanterns into the river on special occasions.

Hotels in Hoi An