Previously known as Saigon, Ho Chi Minh is one of the most popular destinations for foreign tourists are seeking to explore the history and heritage of Vietnam.

Having emerged from the dark days of the Vietnam War, Ho Chi Minh has developed into the one of the most visited cities in the Far East and Asia and it won’t take long to see why if you decide to spend some time during your Vietnamese adventure in the city.

Many of the main attractions within Ho Chi Minh are located towards the heart of the city, with wide open elegant boulevards and historical French colonial buildings harking back to a bygone era.

Chief amongst them is Reunification Palace, which is the place where the Vietnam War drew to a close in April 1975 with the Fall of Saigon when a tank from the People's Army of Vietnam smashed through the gates of what was then the home of the Preside of South Vietnam.

A solider then ran into the building and unfurled his flag from a balcony to end the conflict that had raged for nearly 20 years.

The nearby War Remnants Museum and the Củ Chi Tunnels just outside the city limits help to further tell the tale of the war, and impact it had on the Vietnamese people.

Further famous buildings within Ho Chi Minh that are worth exploring include the Municipal Theatre and the Notre-Dame Cathedral – the latter, as the name would suggest, being an impressive example of French architecture.

Given the historical importance of the city, it’s little surprise to discover that Ho Chi Minh is home to a number of museums whilst there is also a popular zoo and a large Chinatown area waiting to be explored.

Of course, there will be ample opportunity to embrace Vietnamese cuisine at the many restaurants spread across the city whilst you could also sample the unique street cuisine that is available from stalls in the various markets – where you can also try and barter with the sellers to pick up a bargain to take back home. 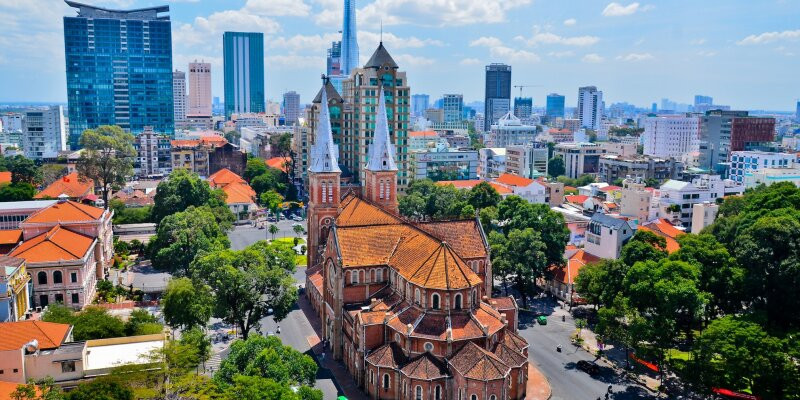 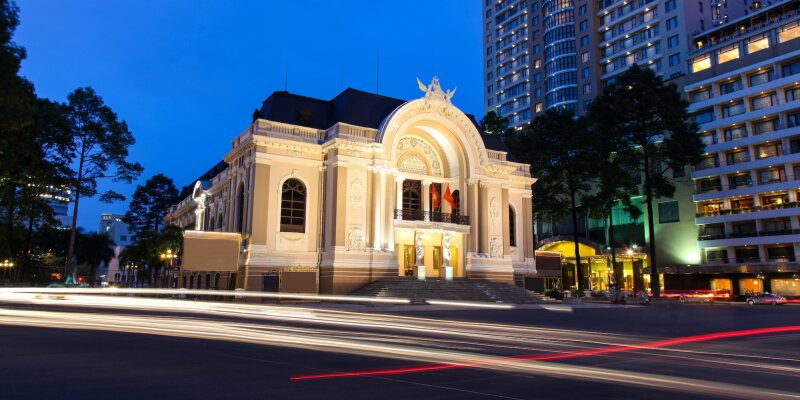 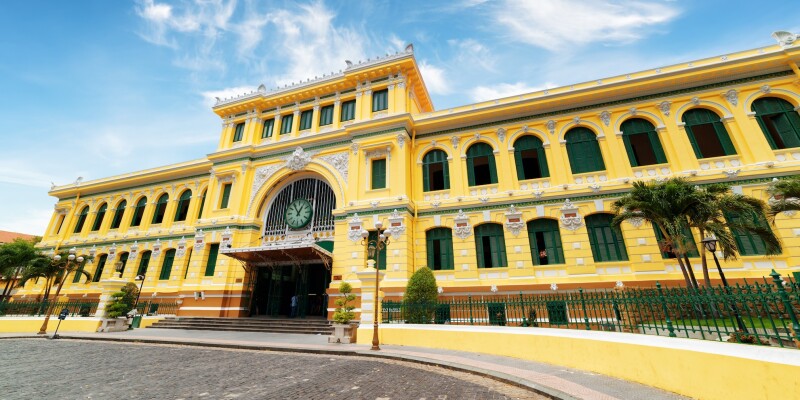 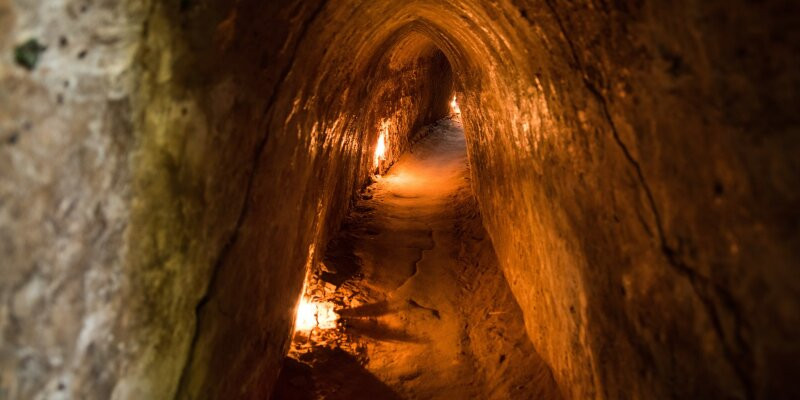 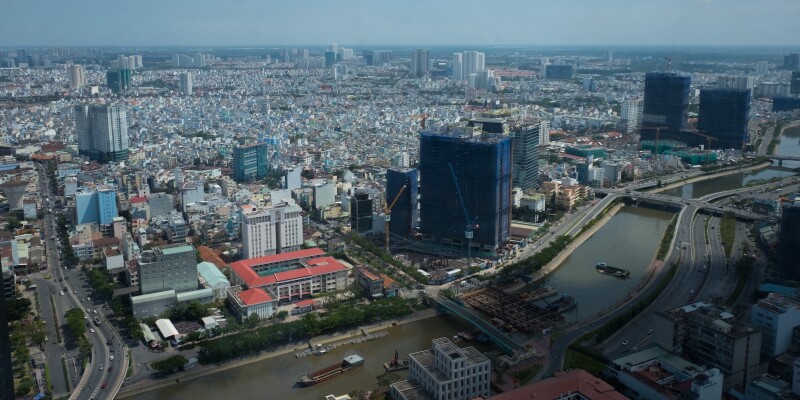 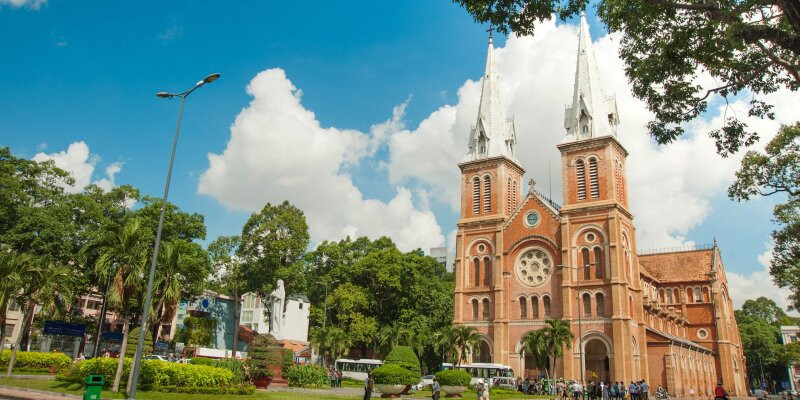 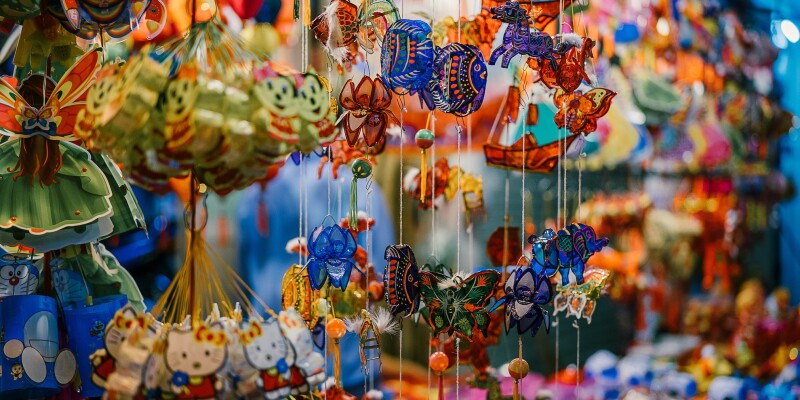 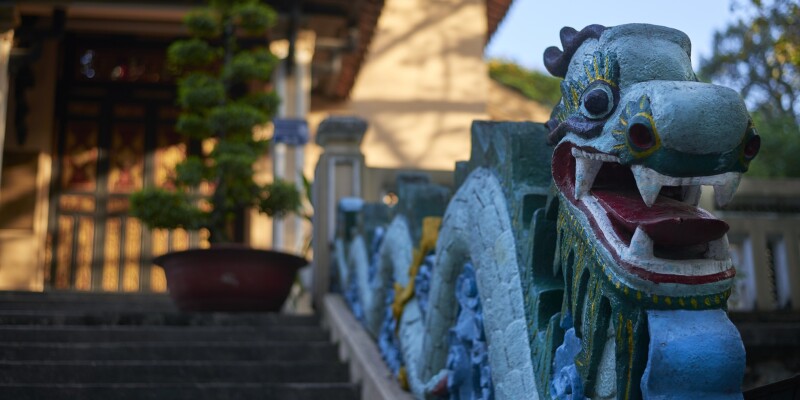 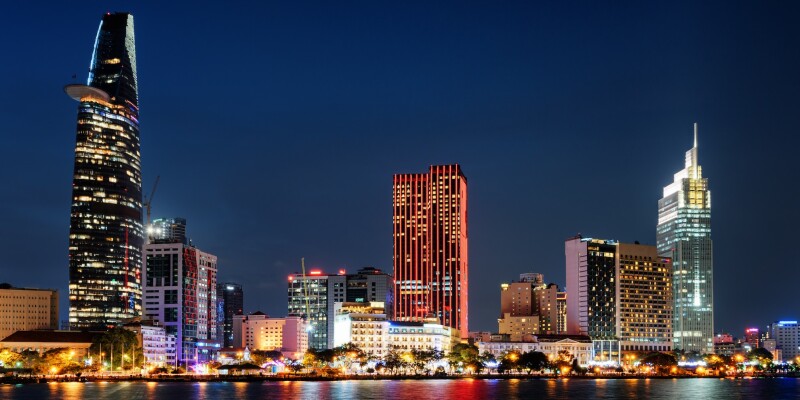 Things to do in Ho Chi Minh

The Củ Chi Tunnels is a huge network of tunnels that lie underneath the ground and which played a crucial role in the Vietnam War. The tunnels were used by soliders from the Viet Cong soldiers as hiding spots during battle and were used to help move soldiers and supplies around the country - with some fighters even living within them. The main base of operations for the Tết Offensive in 1968, the tunnels are now a popular attraction for tourists, with a large section having been preserved and opened up to visitors.

The Saigon Skydeck is an observation deck that is located on the 49th floor of the Bitexco Financial Tower. You’ll be able to embrace stunning views of the city from the observation deck, which features 360 degree windows so you can look out across Ho Chi Minh from all angles. Head even higher to the 58-60th floors and you can visit the World of Heineken to see the brewing processes that create the famous beer – and enjoy a sample.

The Notre Dame Cathedral in Ho Chi Minh was built in the 1800s by the French – hence the name – and is one of the best examples of French architecture to be found in the city. Located in the downtown area of the city, the cathedral is famous for its two large bell towers that stand nearly 200 feet tall.

The Museum of Vietnamese History is a great place to go if you want to explore the history of Vietnam, with a range of exhibits that cover a wide period of time – going right back to prehistoric times and up to the time of the Nguyễn Dynasty.

The Chinatown in Ho Chi Minh is the largest to be found anywhere in Vietnam and has developed into a popular part of the city with overseas visitors. Dating back to the 1700s, it is an area that has great historical and cultural importance and is well worth exploring so you can not only take in the sights, but also sample top class cuisine, visit the old Binh Tay Market and embrace the atmosphere.

The Bến Thành Market is an important market in the heart of Ho Chi Minh, with the current building dating back to the early 1900s. It’s a great place to go if you want to try and barter for a bargain, with vendors selling a varied range of goods – ensuring plenty of opportunity to pick up a memoir of your trip.

Also known as Saigon Opera House, the Municipal Theatre of Ho Chi Minh City dates back to the late 1800s and is famous for its period French architecture. Having undergone extensive renovation work, the theatre is now able to hold 500 people for shows including ballet, symphony and opera.

The Saigon Central Post Office is one of the most iconic buildings in the city and is a well preserved example of the buildings that went up during French colonial times. Located next to Notre Dame Cathedral, the Post Office is still in daily use so you can stroll in and admire the stunning architecture whilst sending a postcard to friends back home.