The Vietnamese capital is located towards the north of the country and is packed with old world charm that will ensure that your HOT Holiday to Hanoi will live long in the memory.

As with Ho Chi Minh to the south, Hanoi is a city that has been influenced by various cultures through the ages – and which now offers visitors a fascinating blend of the old and new.

Hanoi benefits from a tropical climate that includes two distinct seasons, with a rainy season during the summer months and a drier season during winter.

Despite being the time when you are most likely to encounter rain, the summers also provide the highest temperatures and the greatest level of humidity – with many people preferring to visit in either spring or autumn when the temperatures are more comfortable.

Those who want to explore some of Vietnam’s old world charm will be able to embrace plenty of history during their time in the city, with the Old Quarter being it’s beating heart.

Take a stroll through the network of narrow streets that are found in some of the oldest neighbourhoods in Vietnam and you’ll be able to see what life in days gone by – with market stalls selling all manner of goods alongside traditional buildings that include everything from quaint little houses to temples and pagodas.

Those temples include the Trấn Quốc Pagoda, which is seen to be one of the most important religious sites anywhere in Vietnam and somewhere you will most certainly want to visit during your time in the city.

Elsewhere, the One Pillar Pagoda is another important religious site, whilst the likes of the Hanoi Opera House and the Temple of Literature are also worthy of exploration.

There are also various museums that help to tell the story only of Hanoi but of Vietnam as a whole. Some of the most interesting include the museum dedicated to the life of former Vietnam leader Ho Chi Minh (who is also buried in the city) as well as what remains of the ‘Hanoi Hilton’ – a former prison that was used during to hold American POWs during the Vietnam war.

Both modern and traditional theatres provide plenty of opportunities to be entertained on an evening, whilst modern day Hanoi also features numerous large malls where you can seek out designer goods – in stark contrast to what you might expect to find on one of the smaller markets.

You also can’t visit Hanoi without sampling some of the best Vietnamese cuisine around including Phở - a rice noodle soup that is said to have originated in the city. 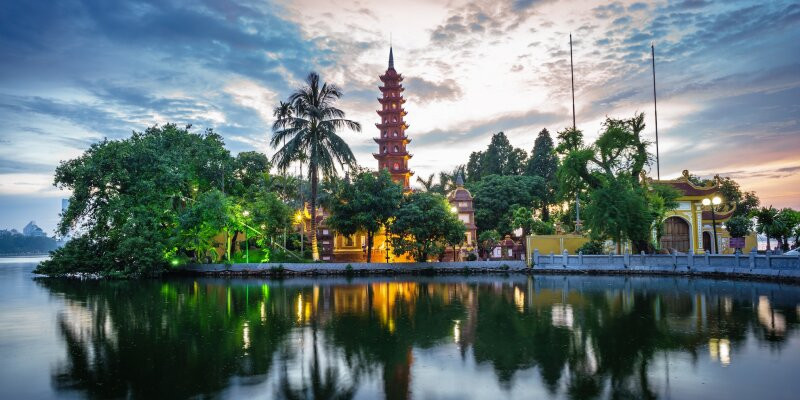 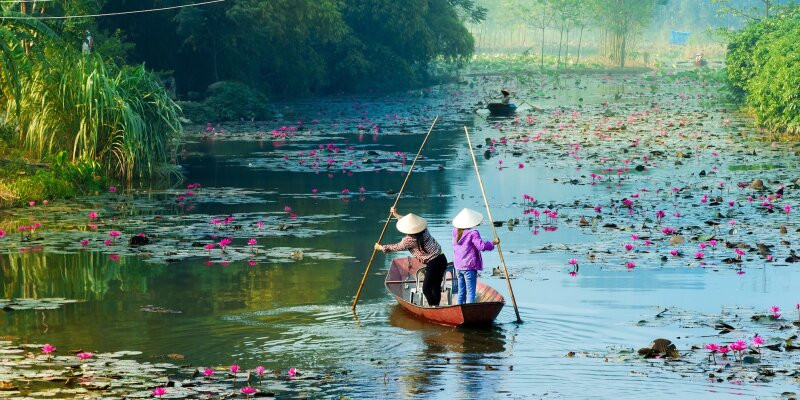 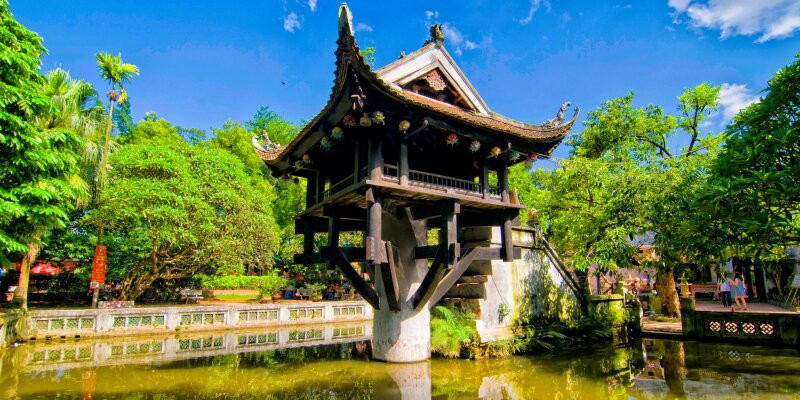 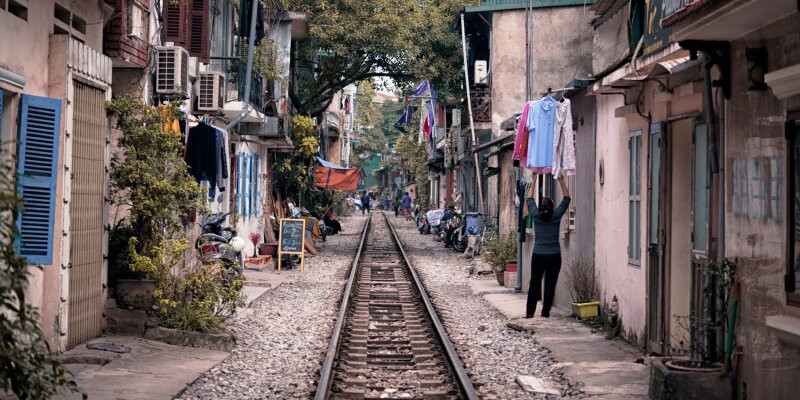 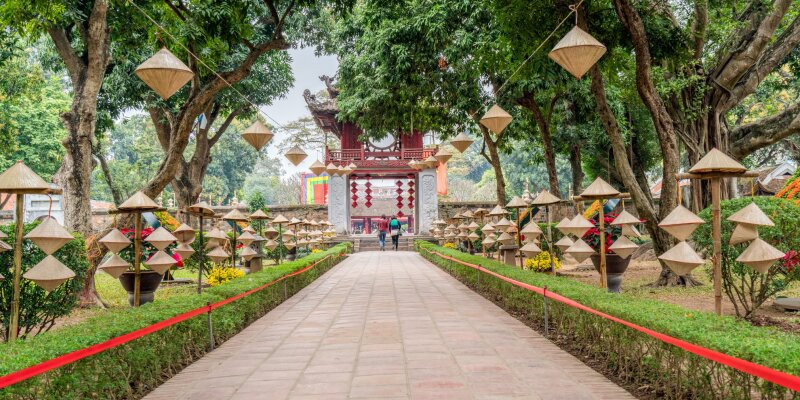 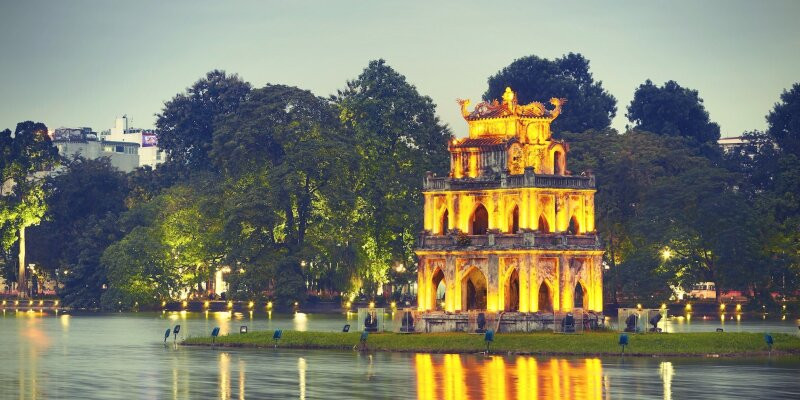 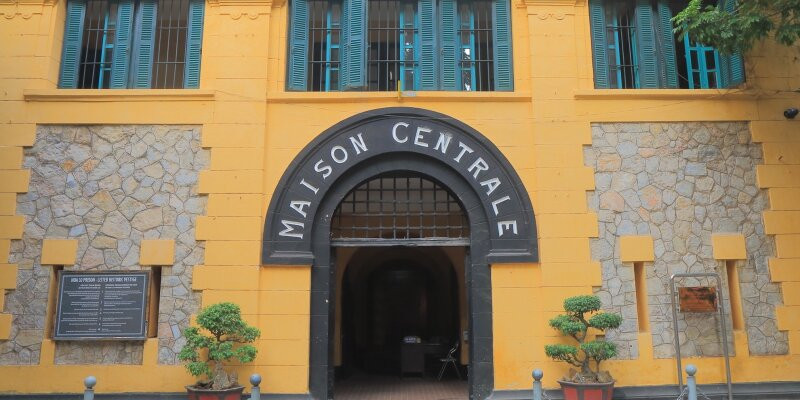 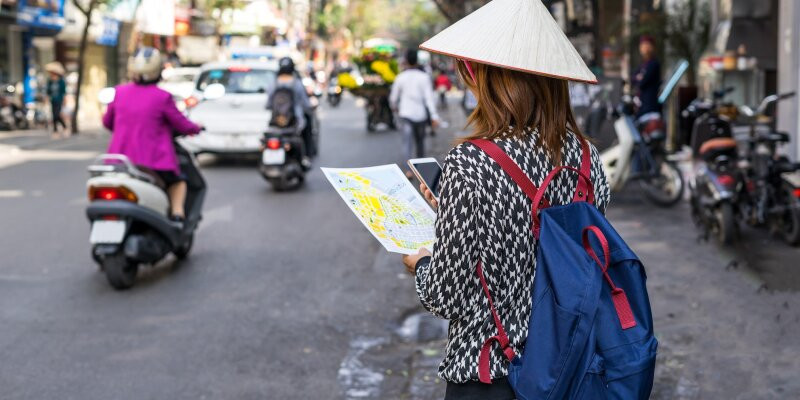 Things to do in Hanoi

Hỏa Lò Prison was built by the French and was originally used to house political prisoners before the prison passed to the Vietnamese in the 1950s when the French left Hanoi. During the Vietnam War, the prison was used to house American Prisoners of War – including future American presidential candidate John McCain – but has since been largely demolished. Within what remains, there is now a museum featuring various exhibits telling the story of the prison through the years.

The Trấn Quốc Pagoda is one of the oldest Buddhist temples in Hanoi and sits on one of the many islands that make up the city. Dating back to the sixth century, the pagoda is popular with visitors to Hanoi who want to embrace the stunning surroundings of the temple which is still used for worship to this day.

The One Pillar Pagoda is another historical old temple within Hanoi and is regarded as one of the most iconic temples in the whole of Vietnam. Dating back to the eleventh century, the temple is built from wood and stands on a single pillar (hence the name) sitting in a lotus pond.

The Temple of Literature dates back to 1070 when it was founded by Ly Thanh Tong and is one of the best examples of traditional Vietnamese architecture in the city. A popular attraction for tourists, the temple is a great place to see historical buildings from bygone eras, with the importance of the building seen by the fact it is depicted on Vietnam’s 100,000d.

Ho Chi Minh is widely regarded as one of the greatest leaders in Vietnam and his preserved body was laid to rest in Hanoi. The impressive building is open to visitors on a daily basis with the embalmed body being protected by a military guard. It’s a unique experience to visit the mausoleum for anyone with an interest in Vietnamese history.

There are various museums within Hanoi, and the Museum of Ethnology is a great place to lean more about some of the different ethnic groups within Vietnam. You’ll be able to see examples of tribal art from across the country and even see special exhibits that replicate traditional buildings found elsewhere.