Travel to Dominican Republic with us

Like many islands in the Caribbean, the Dominican Republic is home to a number of stunning beaches but it’s not all about the coast for those who are looking for a top class HOT Holiday in the sun.

One of the largest islands in the Caribbean, the Dominican Republic has long been a popular option for people looking to enjoy a high quality break away from home.

A major selling point is the weather, with the island benefitting from plenty of sun throughout the year and average temperatures running into the late 20s.

There is the chance of encountering rain during the wet season but even if there is a short, sharp shower, it won’t dampen the enjoyment of spending time on an island that is one of the most diverse in the Caribbean.

When it comes to the beaches, some of the best are to be found around La Romana and in the area around Punta Cana, which sits on the Eastern tip of the island.

Here, you’ll find more than 30km of stunning sandy shores that are some of the most spectacular to be found anywhere in the Caribbean – never mind in the Dominican.

Expect to find coconut trees swaying in the breeze and crystal clear waters that are so inviting, it will be difficult to decide whether to lie back and top up your tan, or to head into the ocean for a refreshing dip.

As with many of the other islands in the region, there is much more to the Dominican Republic than the beaches.

Head inland and you’ll be able to explore vibrant rainforests and large mountain peaks – such as Pico Duarte, which is one of the highest peaks to be found across the Caribbean islands.

A visit to the capital city Santo Domingo should also feature highly on your list if you decide to visit the Dominican Republic, largely because it will provide some fantastic opportunities to explore and embrace the other side of the island.

Here, there is a range of different buildings that reflect the colonial nature of the city, such as the Cathedral of Santa María la Menor - which sits within an area that is designated as a UNESCO World Heritage Site.

There are also various markets within the city as well as a range of bars and restaurants, so any desire to grab a bite to eat or to indulge in some retail therapy will be covered. 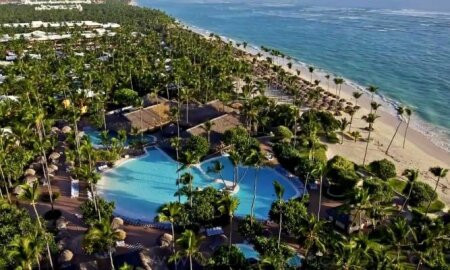 Bavaro Princess All Suites Resort Spa & Casino Hotel is an exceptional hotel that offers an abundance of facilities, amenities and also lots of fun activities for the whole family... 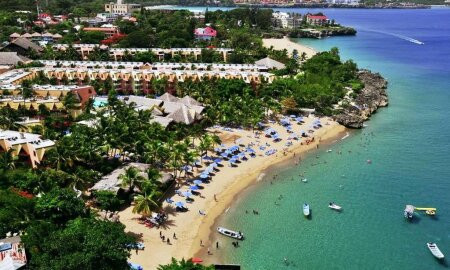 The Casa Marina Beach Resort shares the facilities and activities with its neighbouring hotel the Casa Marina Reef Resort in the beautiful resort of Sousa, so guests staying at thi... 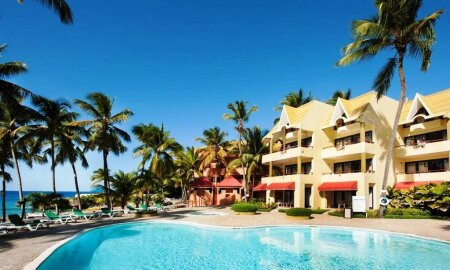 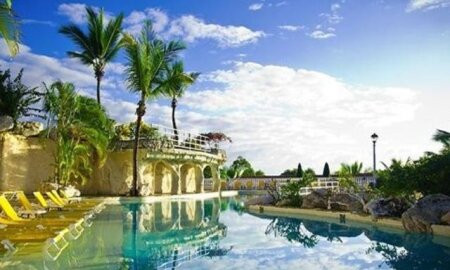 The Cofresi Palm Beach Hotel & Spa is situated on the oceanfront of Cofresi beach, in the stunning resort of Punta Cana. This large hotel has a fabulous uniquely shaped swimmin... 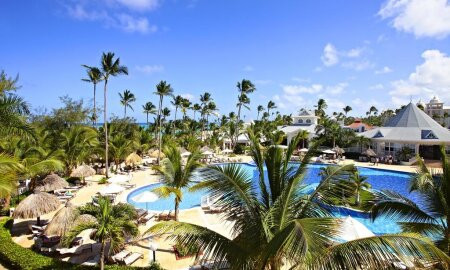 The Grand Bahia Principe La Romana is located in a paradise like setting, in a beautiful bay with a long stretch of soft white sandy beach, in the popular resort of La Romana. T... 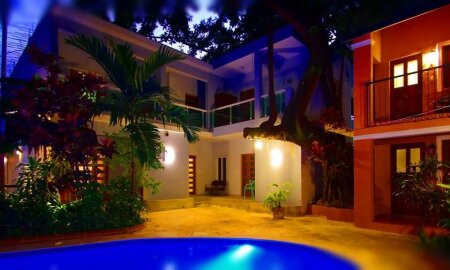 Casa Valeria Boutique Hotel is a 3 star complex located a 5 minute walk from the beautiful beach where guests can use the sun loungers and parasols available to hire. These are th...

The Los Tres Ojos is a limestone cave that is found near to Santo Domingo that is one of the top attractions in the Dominican Republic. The name comes from the three lakes – or Ojos – that are to be found within the caves. Open daily, the caves can be accessed on foot, with a pull boat providing a way in which to cross one of the lakes.

The Samana Peninsula is an area of outstanding beauty within the Dominican Republic that is ideal for those who want to head off the beaten path during their time on the island. One of the major draws is the opportunity to take a boat trip out to sea to marvel at humpback whales; an experience that will live long in the memory.

The Salto del Limon is another selling point of the Samana Peninsula, with the giant waterfall being located in the heart of a vibrant green forest. Watch the water cascade over 150 down the side of a hill into an impressive rock pool below, and take to the water yourself for a refreshing, natural shower.

Puerto Plata is one of the best places to visit in the Dominican Republic if you wish to explore the colonial side to the island. Expect to also see examples of Victorian buildings alongside the more modern structures that have since popped up in one of the most important trading ports in the Dominican. The Old Quarter is particularly appealing, being home to the cathedral and the Castillo San Felipe.

The Gri Gri Lagoons are located near to San Juan and are a great place to try your hand at snorkeling amongst the clear waters that are teeming with marine life. A trip by boat is the best way to reach them.

The World Heritage Site located in the heart of Santo Domingo, the Ciudad Colonial is home to some of the most important historical buildings in the Dominican Republic. Amongst the major attractions to visitors to the capital city are the Basilica Cathedral of Santa María la Menor, the Casa del Cordón and the Fortaleza Ozama.

Play a round of golf

It might not be the main reason many people head for the Dominican Republic, but the island is home to a number of impressive golf courses for anyone who wants to get a round in during their time away from home. Punta Cana in particular is home to a selection of top class resorts that will cater for players of all levels.

You’ll feel like you are in the heart of the Mediterranean on a visit to Altos de Chavon, which actually only dates back to the 1970s despite appearing to be much older. Created to mimic a 16th century European settlement, the town is home to a number of galleries and is a great place to pick up some local crafts to take back home.

More things to do

Hollywood in the Caribbean

Following on from our blog on the Jamaican bobsleigh te...

Dining in the Caribbean

There are plenty of reasons to enjoy a holiday in the C...

Booking a family holiday can be stressful at the best o...