The buzzing capital city of Germany, Berlin is a destination that has long been popular with overseas visitors and is packed with plenty of things to see and do.

From iconic landmarks to quirky bars, and from fascinating historical sites to busy nightclubs and bars, Berlin is one of the most popular cities in Europe for a short break – and with good reason.

For a start, Berlin is a city that you can enjoy throughout the year – although it also very much a city of four seasons.

Visit during the summer months and you’ll benefit from the best of the weather conditions with plenty of sun, with spring and autumn being slightly fresher with cool and crisp temperatures.

Head to the city during the winter months and there is a good chance of encountering some snow, although that only adds to the appeal of the popular Christmas Markets that are held ever year.

Once a city that very much divided before the Berlin Wall fell in the late 1980s, the modern day German capital isn’t afraid to mention the past –with countless opportunities to explore the history of the city.

That includes sobering reminders of the time of Nazi rule, as well as countless historical buildings from much further back in time that showcase some of the most astonishing architecture around.

Explore Berlin’s diverse neighbourhoods and you’ll find countless museums and galleries covering a wide range of different topics whilst you can also expect to find a huge selection of dining options at the many different restaurants across Berlin.

That ranges from Michelin-starred eateries through to small backstreet cafes where you can grab a quick snack whilst on the move. There are also plenty of bars where you can grab a refreshing pint of German beer, whilst the Berlin nightlife is the thing of legends and something you’ll certainly want to make the most of. 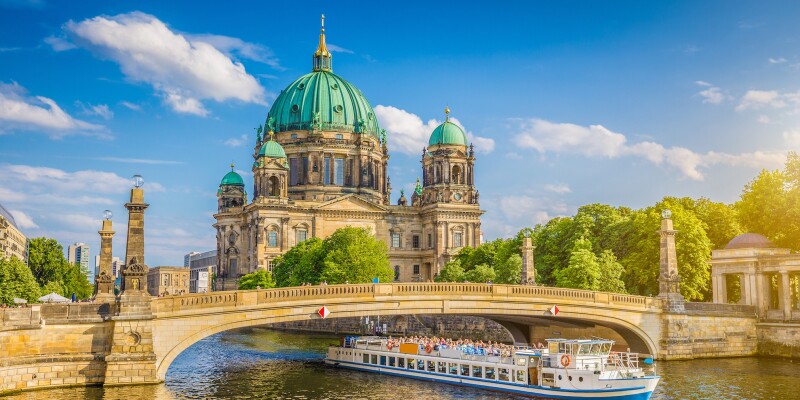 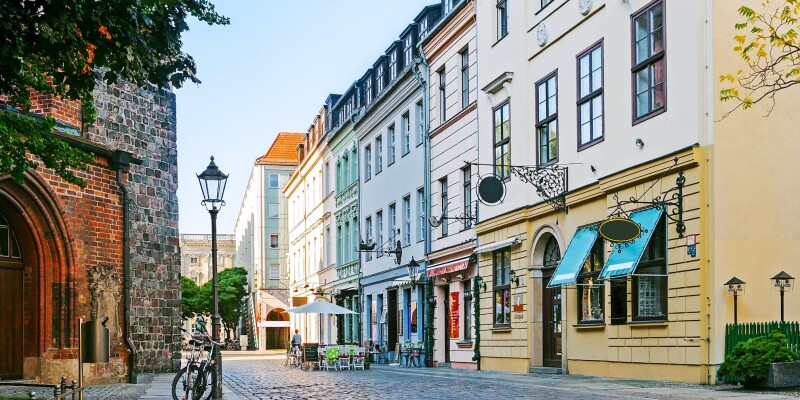 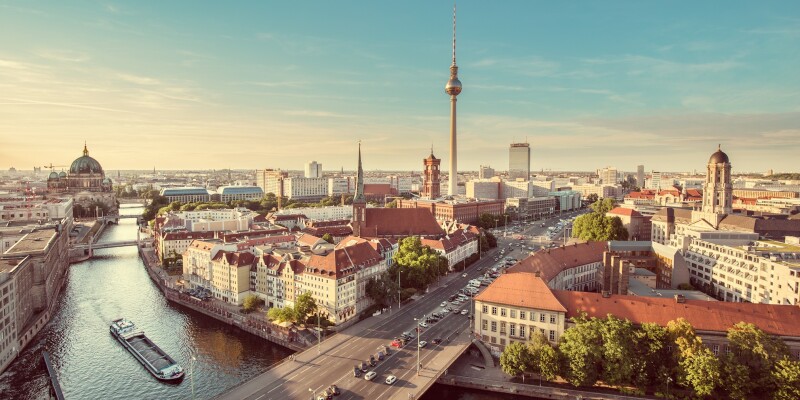 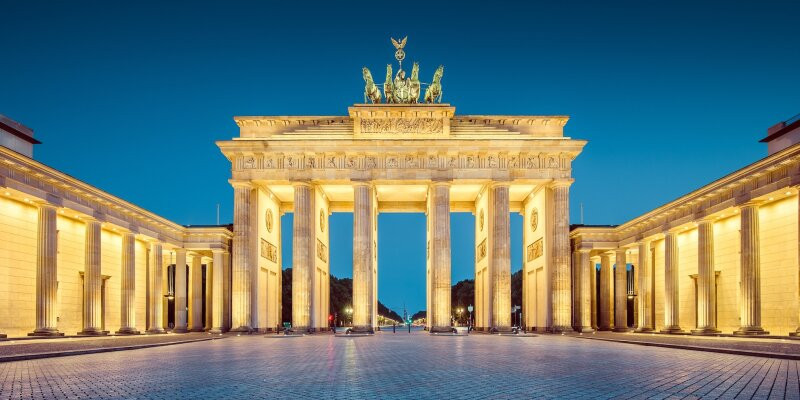 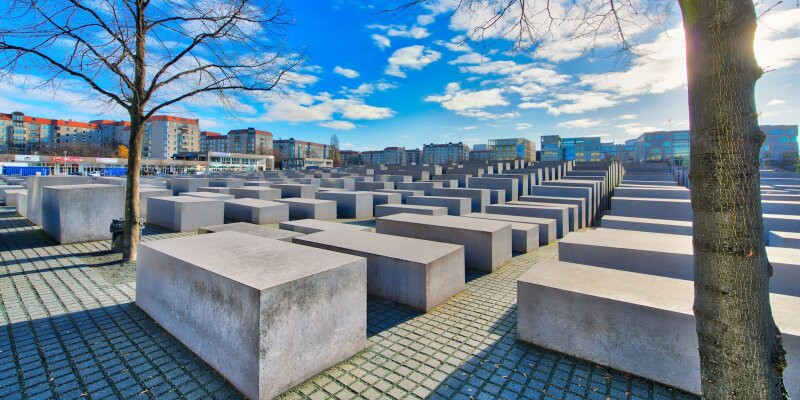 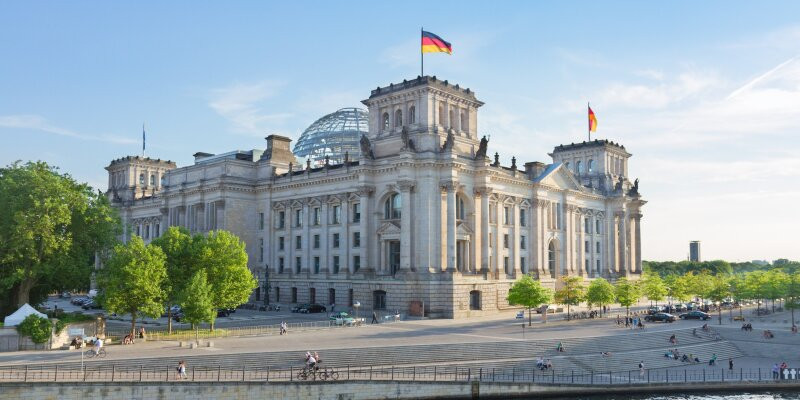 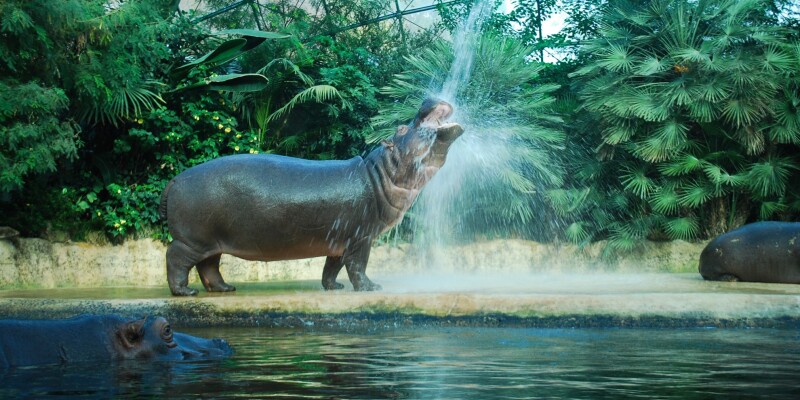 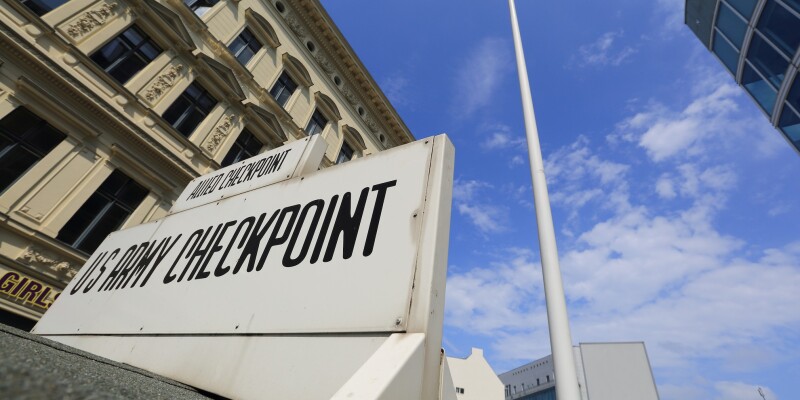 Things to do in Berlin

The Brandenburg Gate is one of the most famous landmarks in Germany and dates back to the late 1700s. Once seen as a symbol of division between East and West Germany, the monument became a national symbol of peace and unity after the collapse of the Berlin Wall and is one of the most well visited areas of the city. The surrounding area has been closed off to traffic and is often used for large scale events – with as many as one million people able to come together.

Checkpoint Charlie was one of the most famous crossing points between the East and West during the time that the Berlin Wall was in place – and is where American and Soviet tanks were briefly involved in a stand off in the early 1960s. A replica of the guardhouse can still be found on the site, with the original – alongside the border sign – being located in a museum nearby.

Opened back in 1844, Berlin Zoo is the oldest zoo in Germany and is home to more than 20,000 different animals. It’s the only place in the country where you can see the Giant Panda, which is amongst the 1400 different species to call the zoo home. It’s one of the most popular attractions in Berlin, particularly for those taking a break with the family.

The Reichstag is the seat of the German parliament and one of Berlin’s most iconic buildings dating back to the late 1890s. Amongst the highlights of a visit to the building is the chance to take a ride to a large viewing platform that sits around the iconic dome, and which offers impressive views across the surrounding Tiergarten.

Museum Island is a UNESCO World Heritage Site located on an island in the Spree River in the Mitte District of Berlin. The Bode Museum, Pergamon Museum, Neues Museum, the Old National Gallery and the Old Museum are the five museums that are grouped together and which are famous for their designs and architectural significance as much as for the exhibits within them. Berlin Cathedral is also located on the island.

The Charlottenburg Palace is the largest palace in Berlin and dates back to the 16th century. Named after Sophie Charlotte, the first Queen consort in Prussia, the palace has become of Berlin’s major attractions with visitors drawn in by the chance to explore the stunning interior and the many different artefacts from years gone by.

The Memorial to the Murdered Jews of Europe is a large memorial that is located in Berlin and which is dedicated to the memory of the Jewish victims of the Holocaust. The memorial is made up of 2711 blocks of concrete laid out to resemble tombstones and serves as a reminder of the atrocities that took place.

The Fernsehturn is a TV tower located in the Alexanderplatz area of Berlin that is visible across much of the city. A viewing platform is located more than 200 metres up the tower where you can take in vistas across Berlin whilst there is also a restaurant if you fancy dining with a view.