Travel to Amsterdam with us

When considering where to go on a city break, there’s a good chance that the Dutch capital Amsterdam will feature pretty highly on the list.

Under two hours away from the UK, Amsterdam has long been a popular choice for Brits who want to spend a few days away from home overseas, but is home to plenty of attractions for those who would like to make their trip a longer one.

Regularly ranked as one of the top European destinations, Amsterdam is famous for its lively night-time scene, its historic canal network and a huge array of cultural attractions that includes everything from museums and galleries to markets and breweries.

It means that groups who are heading for Dutch soil to party until the early hours can find a low-cost place to spend the night as easily as a couple who are looking for a romantic break away from home can find some five star luxury.

With various events taking place across the year, there isn’t really a bad time to visit Amsterdam, although both the winter and summer months tend to be when things are at their busiest.

As a result, you might want to visit during either spring or autumn when there will still be plenty going on, but the crowds might be slightly smaller.

With flights available from across the UK, and easy access to the city from Schiphol airport on arrival, its easier than you might think to pay Amsterdam a visit – and you don’t be disappointed if you do.

The story of Anne Frank is one that is known around the world and the canal side home where the youngster hid alongside her family from the Nazis in World War II is now one of the most visited attractions in Amsterdam; providing a fascinating insight into the Anne Frank story. It should be noted that the tour isn’t advisable for very young children because of some of the content included, whilst advance booking is recommended.

Dam Square is one of the main squares in the heart of Amsterdam and the place where you’ll find the impressive Royal palace as well as the Nieuwe Kerk Church that dates back to the 15th century. Expect to see plenty of street performers showing their skills to watching crowds, whilst there are bars and restaurants aplenty.

It isn’t hard to guess what the Heineken Experience is all about, offering the chance to take a tour of the old brewery and learn all about the history of the famous beer. You’ll also discover more about the brewing processes, learn how to pour the perfect pint and – of course – sample the product for yourself…

There are various museums within Amsterdam but the Rijksmuseum is arguably the most famous. Housing more than 8,000 famous artworks, the Rijksmuseum underwent extensive renovation work over ten years before re-opening in 2013 and is well worth a visit during your time in the city.

The Vondelpark is the largest urban park in Amsterdam and located near to the main museum quarter. It’s a great place to escape the crowds if you want some peace and quiet, with the chance to take in some entertainment from the open air theatre during the summer months.

De Oude Kerk is the oldest building in Amsterdam dating back to the early 1200s. Situated in the famous Red Light District, the church is famous for being built on a cemetery that means the floor is made up entirely of gravestones. Various cultural activities also take place within the church every year.

Rembrandt House is the place where the famous painter lived until 1656 – when he was declared bankrupt. The house has been reconstructed to show what it would have been likes in the time when Rembrandt called it home, and includes the studio where many of his masterpieces were created.

Amsterdam is a fantastic place to go if you want to do some shopping, with a varied range of stores and markets across the city. If you want to splash out, then a trip to De Bijenkorf – think a Dutch version of Harrods – is a must, whilst the area around Nine Streets is home to a number of smaller boutiques where you can purchase retro and homemade goods.

If you love the arts then you’ll love the opportunity to pay a visit to the Van Gogh Museum to see the many works of one of the most famous painters the world has ever seen. It’s home to the largest collection of Van Gogh paintings around, including works like Sunflowers and The Yellow House.

A great way to see the many delights of Amsterdam is to take a trip on the canal network that winds its way around the city. Head to the Dutch capital during the winter months and you might even be able to take to the canals on a pair of ice-skates; an experience you are sure to remember. 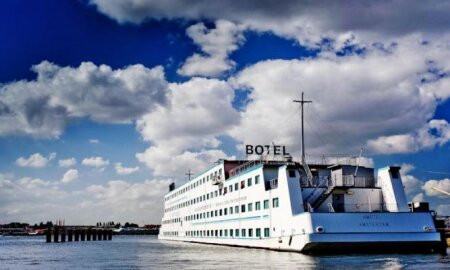 Amstel Botel is a unique 3 star floating hotel located right next to the former NDSM Boatyard in the centre of Amsterdam, on the River IJ. This unique botel offers its guests simp... 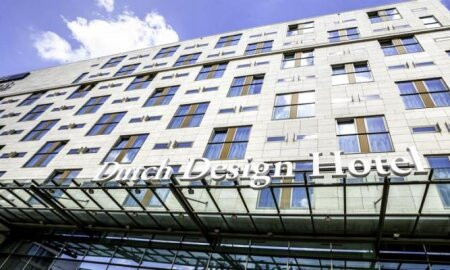 The 4 star Dutch Design Artemis Hotel has been built in a typical Dutch design with natural colours and using natural materials. The hotel is located approximately 20 minutes driv... 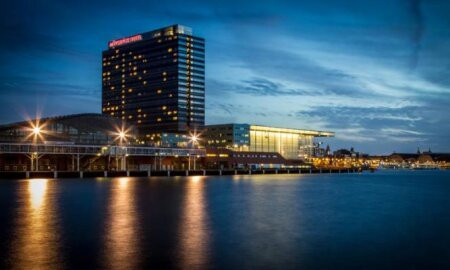 Movenpick Amsterdam City Centre Hotel is a 4 star hotel situated on the edge of the River IJ with stunning views of the city centre. The hotel is opposite the Muziekgebouw Bimhuis... 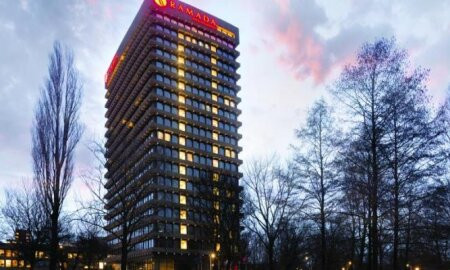 Ramada Apollo Amsterdam Centre Hotel is a 4 star hotel situated next to Rembrandtpark on the Ring Road in Amsterdam. It is approximately 4 km from the city centre where there are...

The clock is ticking down to Valentines Day but it isn&...