When it comes to a city break, there are plenty of options available across Europe and in a series of blogs, we’re going to look into some of the most popular.

First up, we’re off to Italy to explore the delights of the capital city, Rome…

Getting to Rome is a pretty simple affair thanks to the fact the city has two international airports – Fiumicino and Ciampino.

Fiumicino is located slightly further away from the city but has good transport links with the capital, with the high-speed Leonardo Express train taking you straight from the heart of the airport to Termini Station in around half an hour – with tickets at €14 each way. 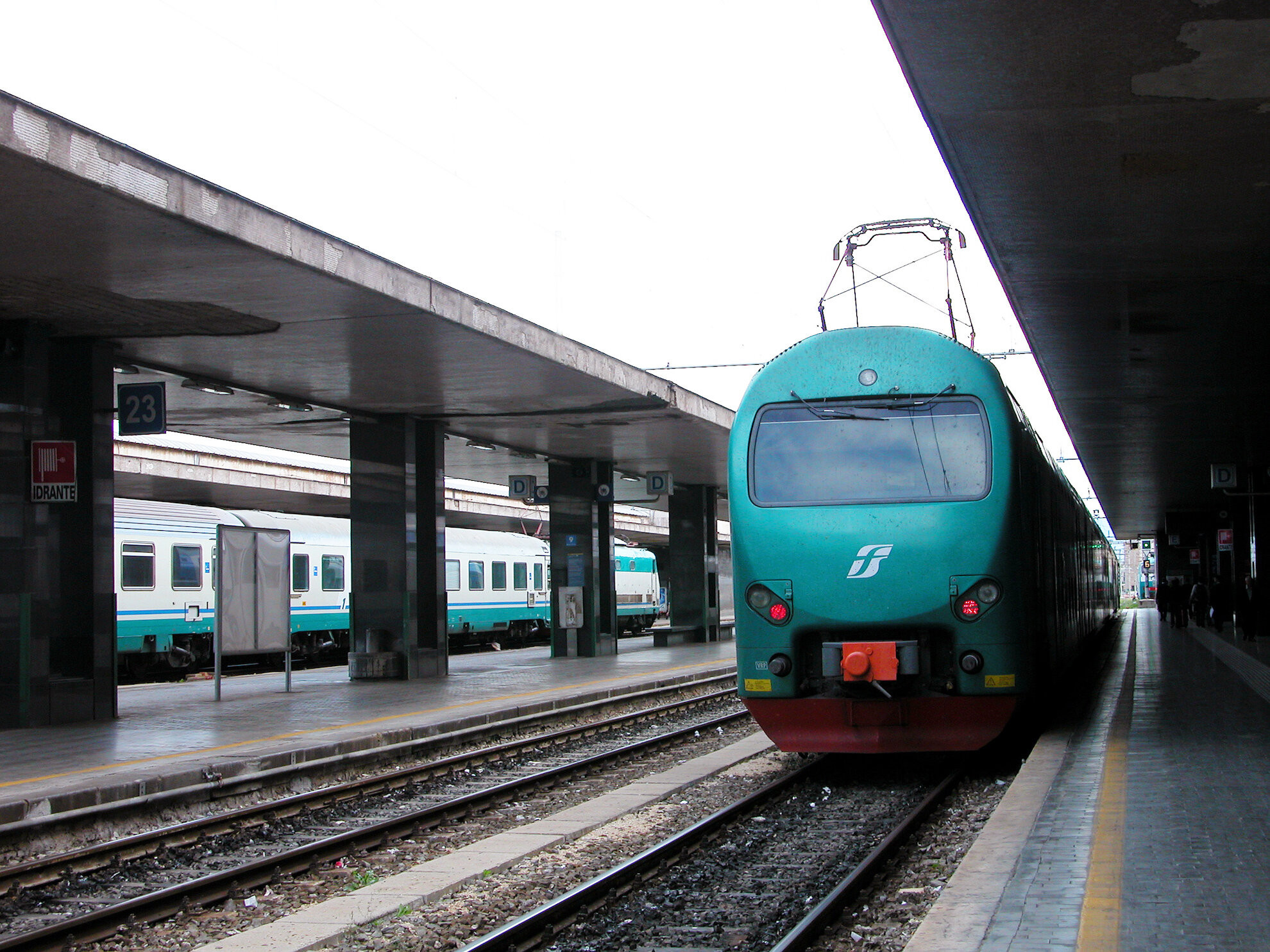 There’s also the cheaper option of a local train to the outskirts of Rome before switching to the Metro system, or of hopping onto a bus, although the latter will be the slowest option given the nature of Rome’s traffic system.

As you would expect, taking a taxi is a more expensive option, although fixed tariffs apply for licensed city cabs, which means you will know what you are paying before you leave.

Should you fly into Ciampino, you’ll need to travel into Rome by road – either by bus on in a taxi – with no direct rail link.

You could hire a car to get around Rome. You could – but you shouldn’t. Quite simply, the streets are so busy and the quality of the driving can be questionable so it certainly isn’t something for the faint-hearted to consider.

Add into the equation the fact that you could spend all day trying to find somewhere to park, and will probably drive through a restricted traffic zone and get fined in the process, and you’ll realise that is quite simply isn’t worth the hassle…

You’re much better off using the bus system to get around, although you might well be able to do many of the major sites by foot, which in turns opens up the chance to see some hidden gems that you might otherwise miss with the opportunity to explore the many back streets and squares to be found across the city. 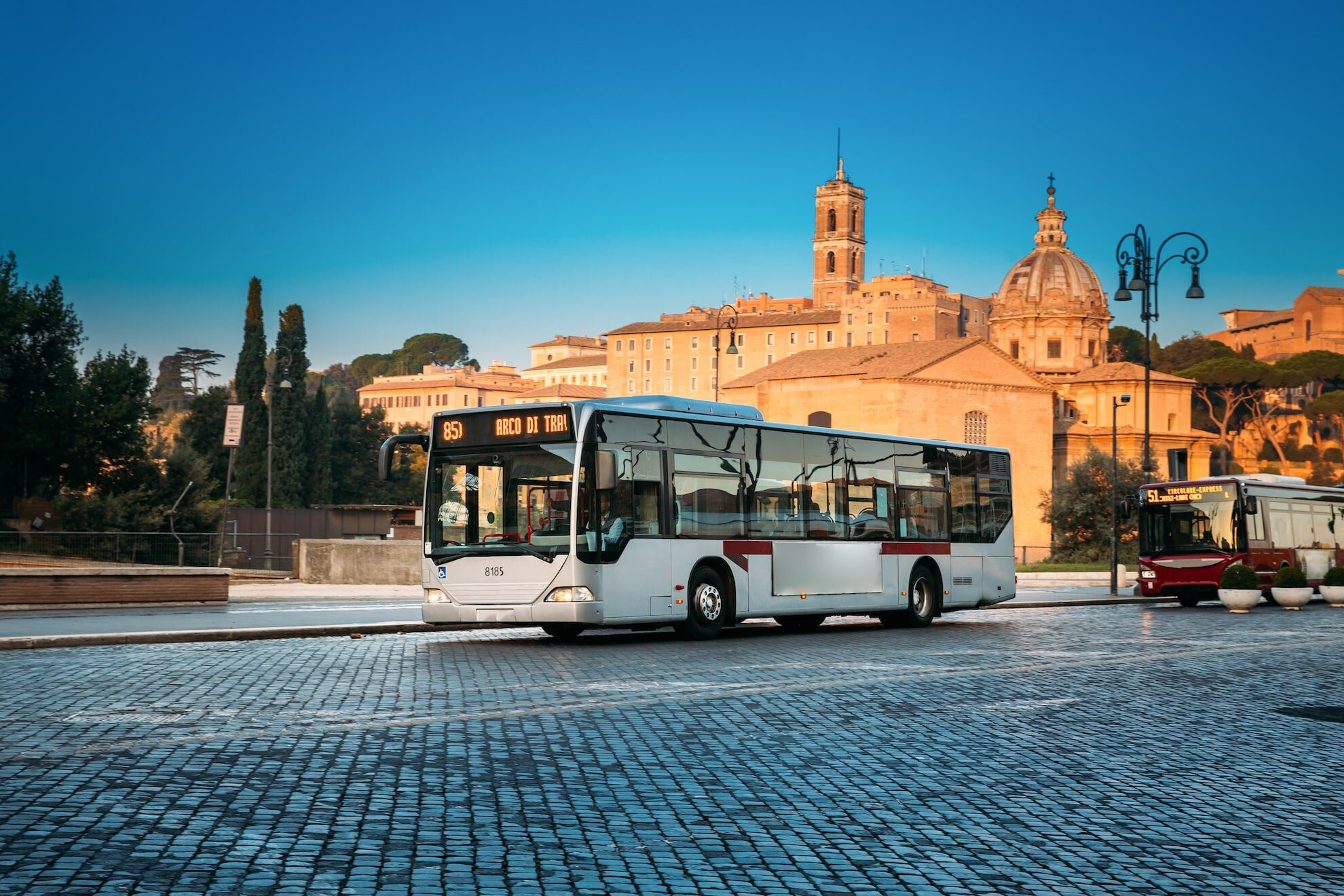 Should you use the bus, tickets are relatively cheap, with various different ticketing options depending on how much you plan to use them. Tickets can be used not only on the bus, but also on the tram network and on the Metro.

In terms of the Metro however, don’t expect something expansive like you would find in London – there are only a few lines that cross the city.

Taxis in the heart of the city can be expensive if you are travelling at peak times simply because of the fact you’ll be spending a chunk of your journey sitting in traffic, whilst there are plenty of sight-seeing buses – although these obviously follow a set route rather than allowing you to select your own.

Where you stay in Rome will largely depend on what you want to do whilst you are in the city, but the options are pretty much endless. No matter where you turn, there is a wide variety of options that will cater for all budgets and which are suitable for all manner of travellers.

The area around Termini is home to a number of more budget led options, albeit with budget being a relative term, whilst there are literally hundreds of more luxurious four and five star options as you head towards some of the busier areas of the city. 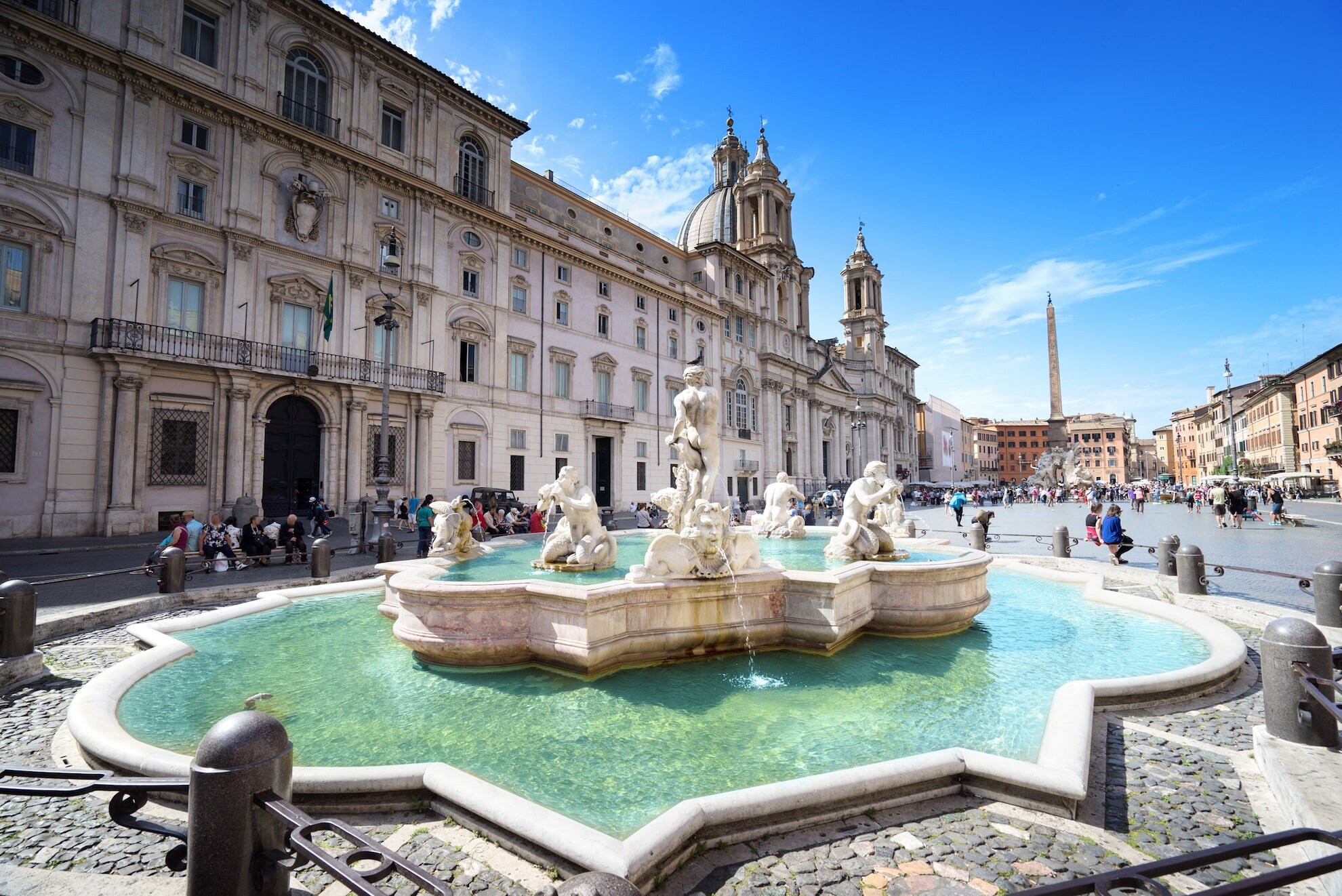 Don’t necessarily expect to see lots of familiar names from the big chains, with many of the hotels in Rome being independent. You’ll also find plenty of family owned bed and breakfast style options, many of which are hidden away from the main streets but which offer superb value for money.

The best way to approach where to stay in Rome is to consider where you want to visit. If you are looking to explore the Colosseum for example, then look at the varied options in the nearby area, whereas you might prefer somewhere in one of the old buildings in the heart of the city if you plan to wander the streets around the Trevi Fountain and the Pantheon.

When it comes to historic buildings, you’ll certainly find yourself spoiled for choice, with plenty of age old churches and cathedrals spread across the city.

Many of these can be visited free of charge including two of the most well-known; the Pantheon and St Peters Basilica.

The former has been standing for more than 2,000 years and is one of the oldest buildings you are likely to visit in the city, whilst St Peters is one of the most astonishing examples of Renaissance architecture you could wish to see. 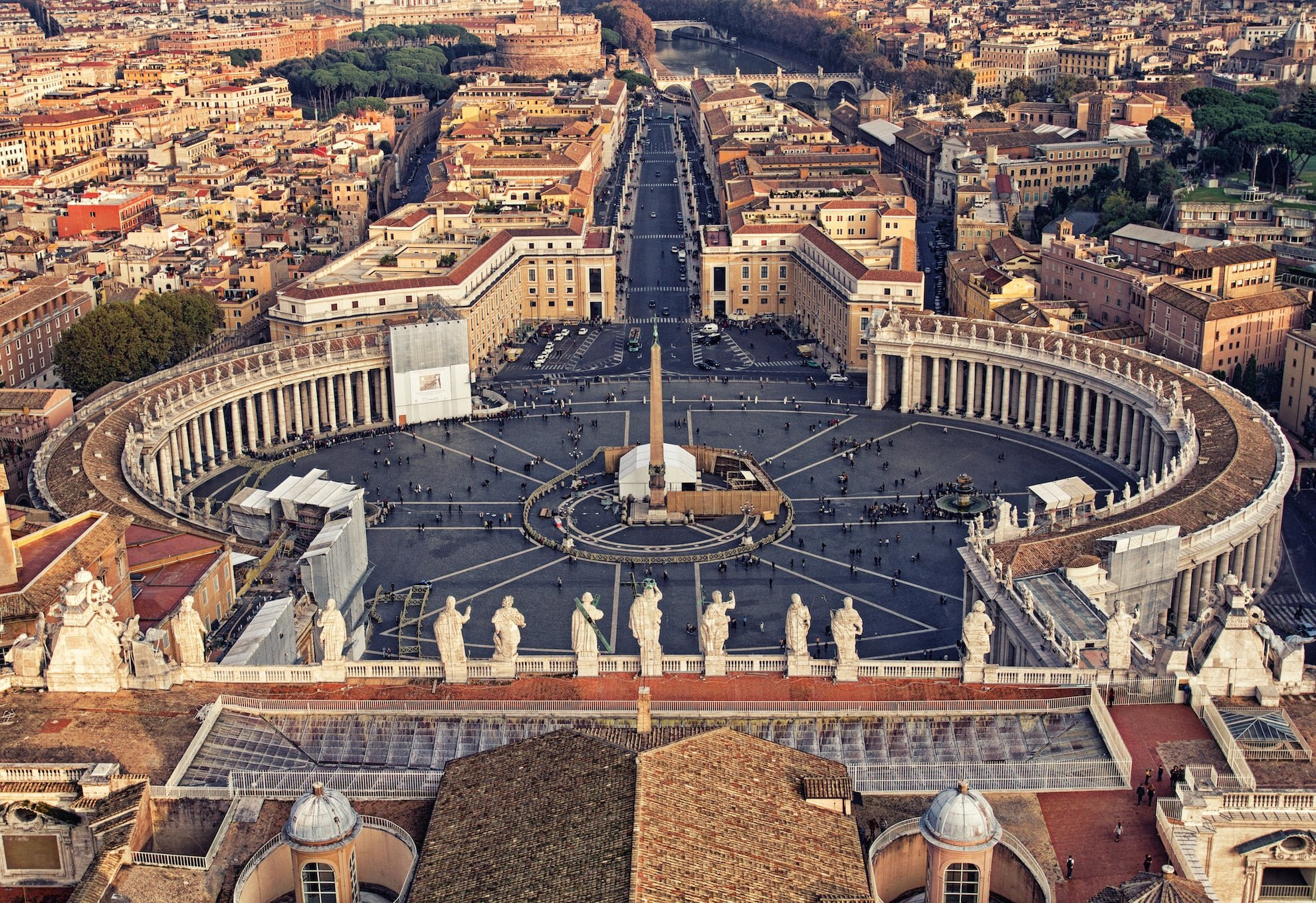 The latter in particular does get very busy, so visiting early in the day is advisable to avoid the largest queues outside as you head through security. You can take a trip to the top of the famous dome to take in stunning views across the city whilst you are there, albeit for a small additional charge.

One important thing to remember when it comes to the many religious buildings is that all are still used as places of worship, so you will need to both dress and behave accordingly.

Many people paying a visit to St Peters will look to visit the Vatican Museums and the world famous Sistine Chapel. Like the Basilica, this is somewhere that gets busy early on and you can expect to queue, with the best way to visit being to book a trip in advance.

Early access tours allow you to get into the Sistine Chapel before the main doors open, which is the best way to examine the masterpiece of Michelangelo before things get too busy.

Other highlights within the city that are very much on the ‘to do’ list include the Colosseum, which is one of the most iconic buildings to be found anywhere in the world.

The historic structure sits alongside the Roman Forum and Palatine Hill in the heart of the city and whilst you can access the three sites on a self-guided tour, booking a trip with a specialist guide will allow you to fully embrace the rich history dating back thousands of years. 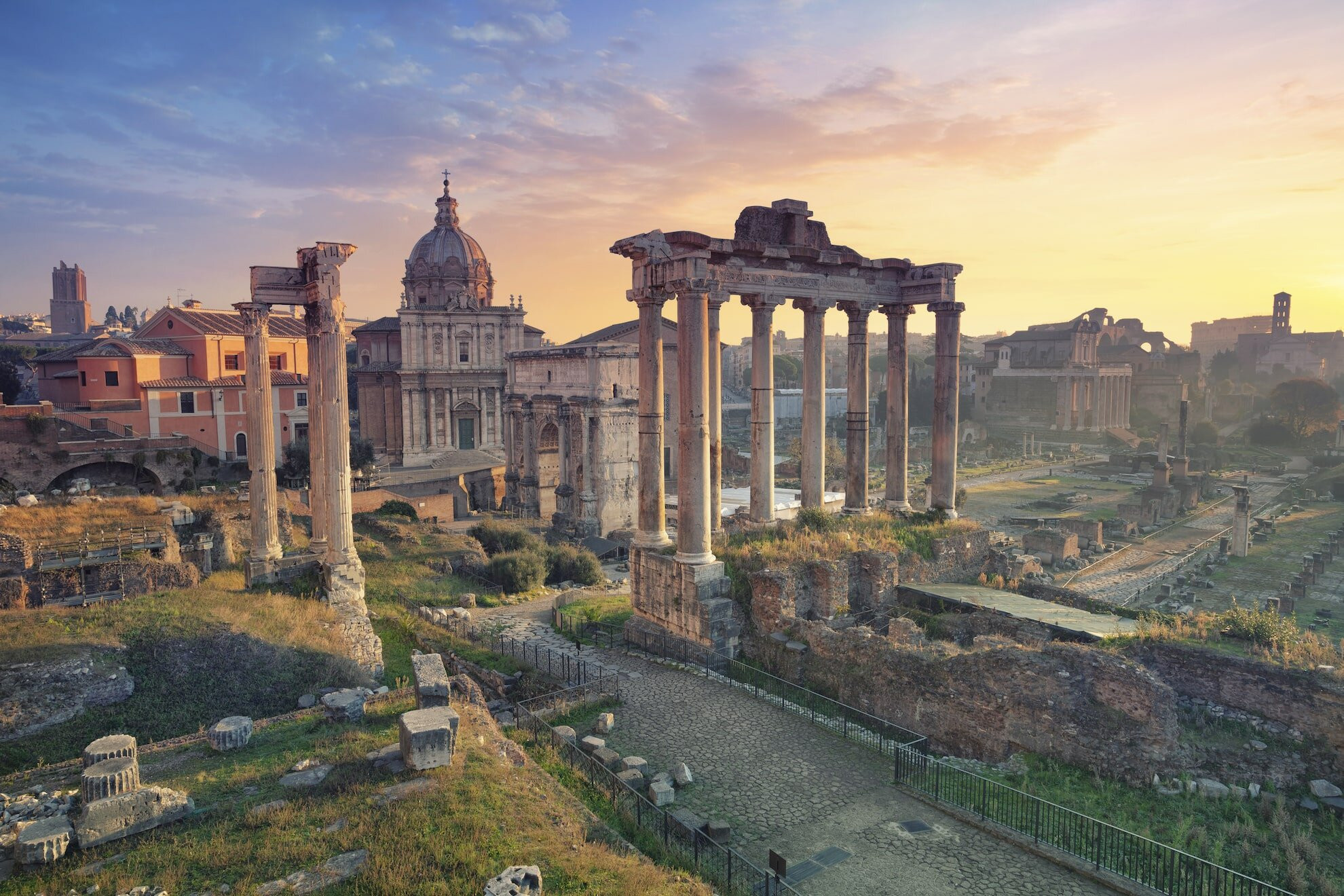 Nearby, you can visit the Capitoline Museums whilst it’s only a short walk to the Trevi Fountains and the Spanish Steps; both of which should also feature on your ‘to do’ list whilst in the city.

To escape the bustling city streets, Villa Borghese is the largest park in the city and easily reached from the very heart of Rome, with plenty of open space as well as lakes, fountains and a number of museums – including the Borghese Gallery.

If you’re on a diet, then Rome is certainly NOT the place to go because you’ll find it almost impossible to stick to any healthy eating plan you might have back home!

Italian’s love their food it isn’t hard to see why, with literally thousands of restaurants across the city that are ready to welcome you with open arms.

Expect to find Carbonara and Amatriciana pasta dishes that are unlike anything you’ve sampled back home, whilst a traditional Roman pizza also tastes that little bit better than anything you’ve had before. 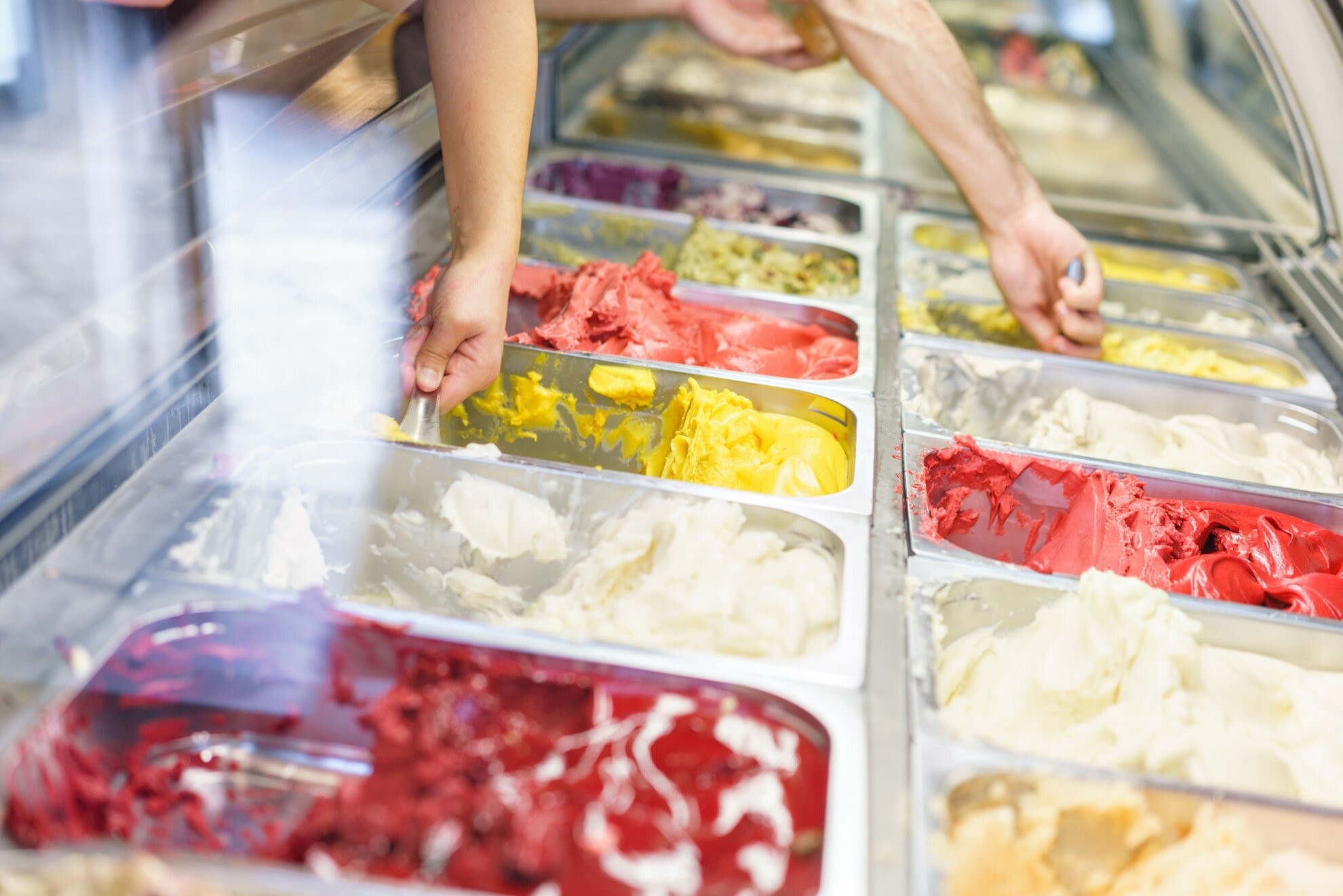 Don’t be afraid to head off the beaten track to find a bite to eat, as some of the best restaurants are hidden away down Rome’s network of alleys and historical back streets.

These restaurants can be just as appealing as those that line squares like Piazza della Rotonda, Piazza Navona and Piazza Campo dei Fiori.

The latter is also host to a bustling food market six days a week where you can sample local cuisine.

On the whole, food and drink in Rome is available to suit all budgets although as you would expect, prices can be higher around the busiest tourist areas. 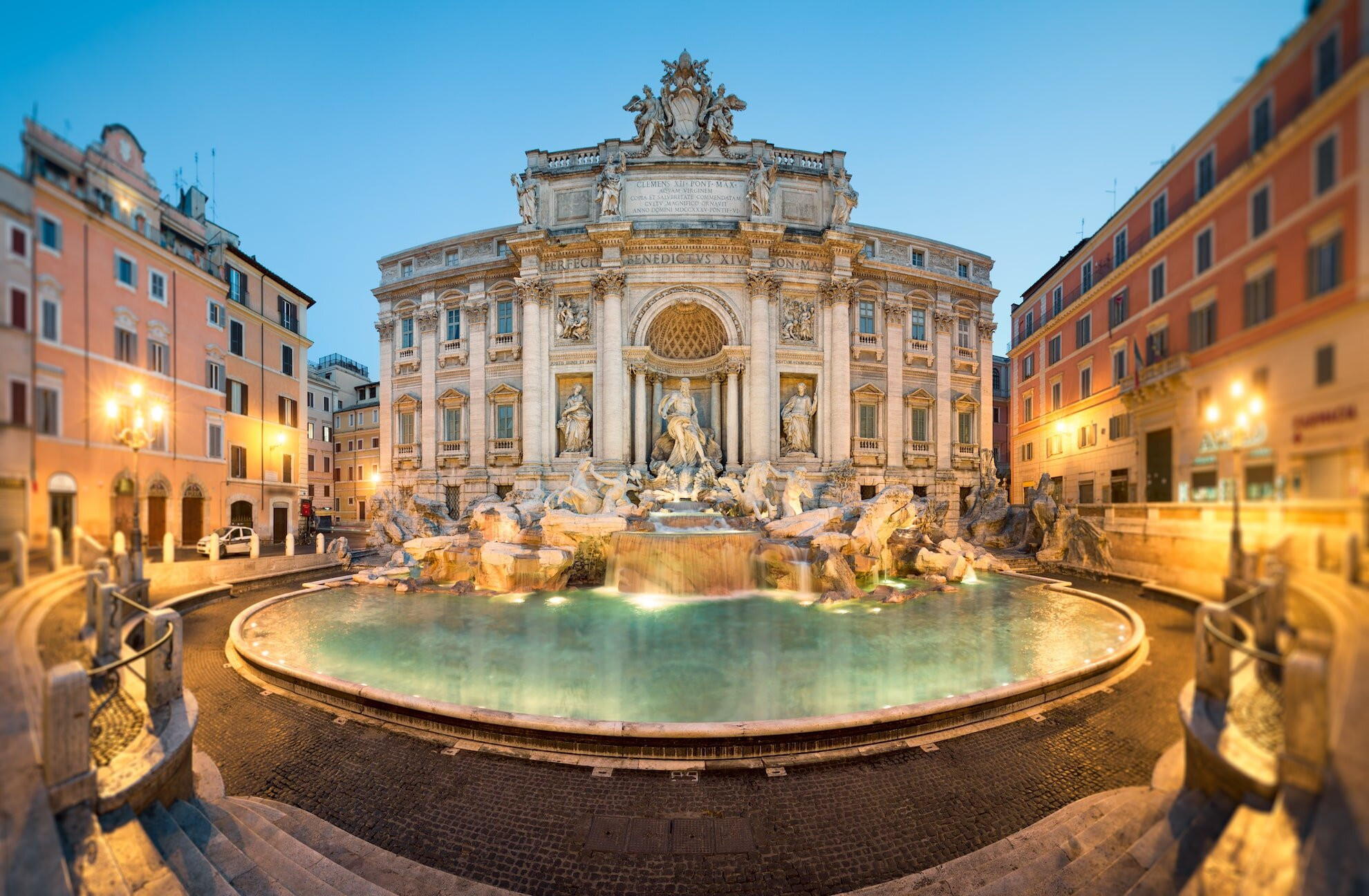 If you want to book a short trip to Rome, then get in touch with our expert team today!