We don’t know about you, but one of the things that we really love when it comes to taking a holiday overseas is the opportunity to sample different cuisine that you might not try back home.

Okay, so there are plenty of restaurants in every town and city across the UK that serve up foreign cuisine but that’s very different to being able to sample traditional food in the place where comes from.

With that in mind, here is a selection of some of favourite traditional dishes that you’d be well advised to sample whilst away on holiday… 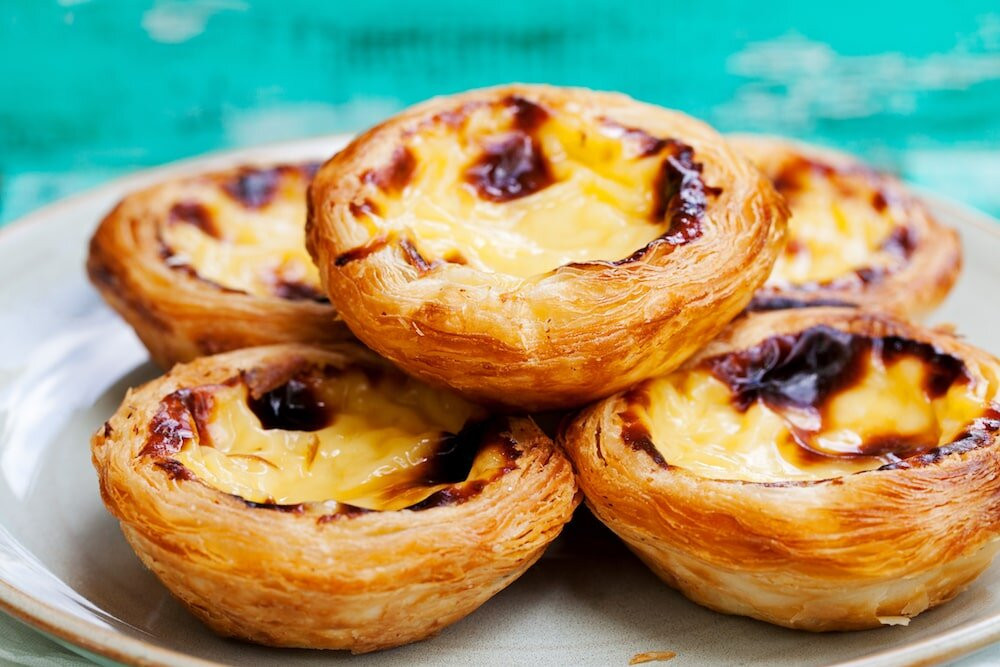 Pastel de Nata:
The Pastel de Nata is an egg tart that originates in the Portuguese capital Lisbon – but which is also popular in a number of other countries that are former Portuguese colonies.

Originally created by monks from the Jerónimos Monastery, the recipe for the tarts  was sold to a local sugar refinery, which then started to sell them at its own shop in 1837.

The factory and shop remains open to this day and it well worth a visit if you find yourself in Lisbon, with the sweet Pastéis de Belém made fresh on site on a daily basis. 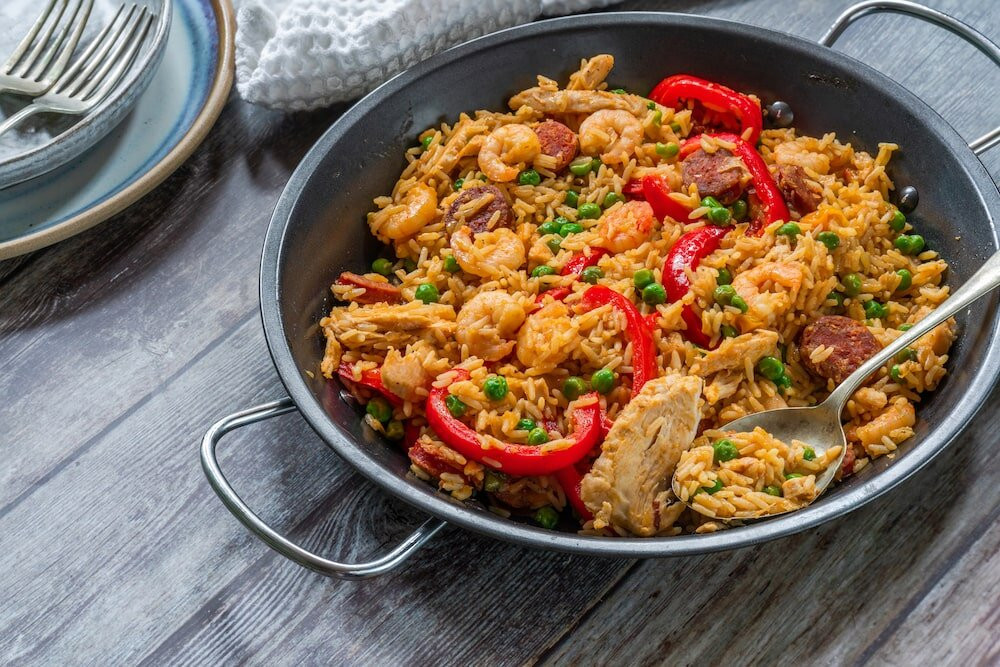 Paella:
Although widely regarded as a Spanish national dish, paella is most commonly found in the area around Valencia – where it was cooked on open-air fire by people back in the 18th century.

The earliest forms of paella were created using various types of meat along with rice, vegetable and spices, with those living in areas along the Mediterranean coast then introducing seafood to the equation.

Sample the dish whilst staying around Valencia and you’ll get to try the most authentic versions of paella, with those found elsewhere in Spain often featuring revisions to the original recipe; such as using a different type of rice. 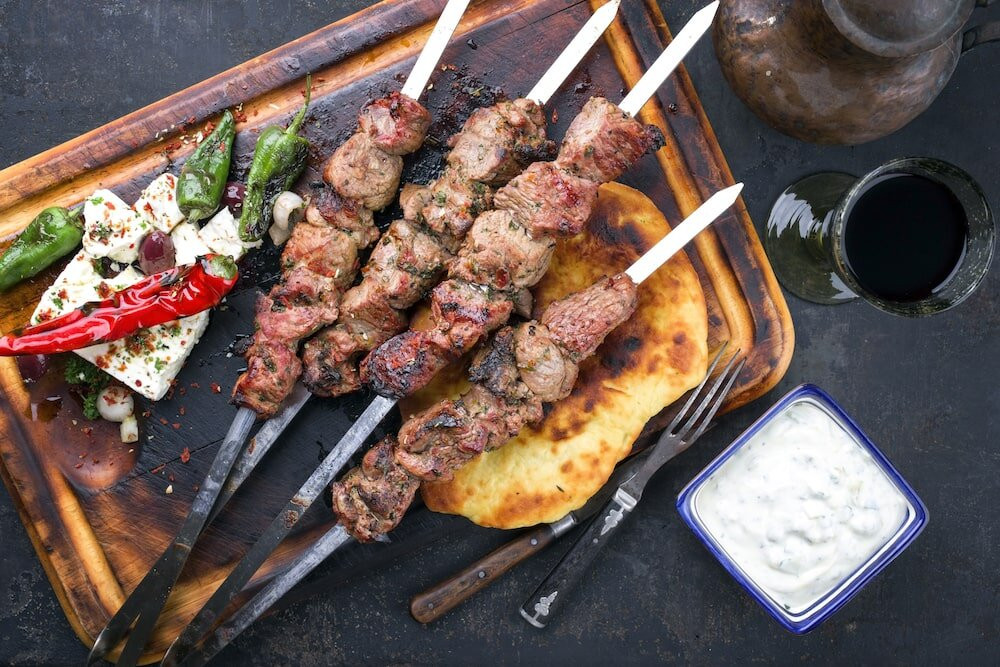 Souvlaki:
Take a trip to Greece and there’s a good chance that you’ll come across Souvlaki.

The popular fast food comprises of meat that is grilled on a skewer and then enjoyed as a standalone dish, within a pita bread or alongside fried potatoes and salads.

Souvlaki would traditionally use pork as the meat, although it is now possible to enjoy chicken, beef and lamb, whilst vegetables can also feature. 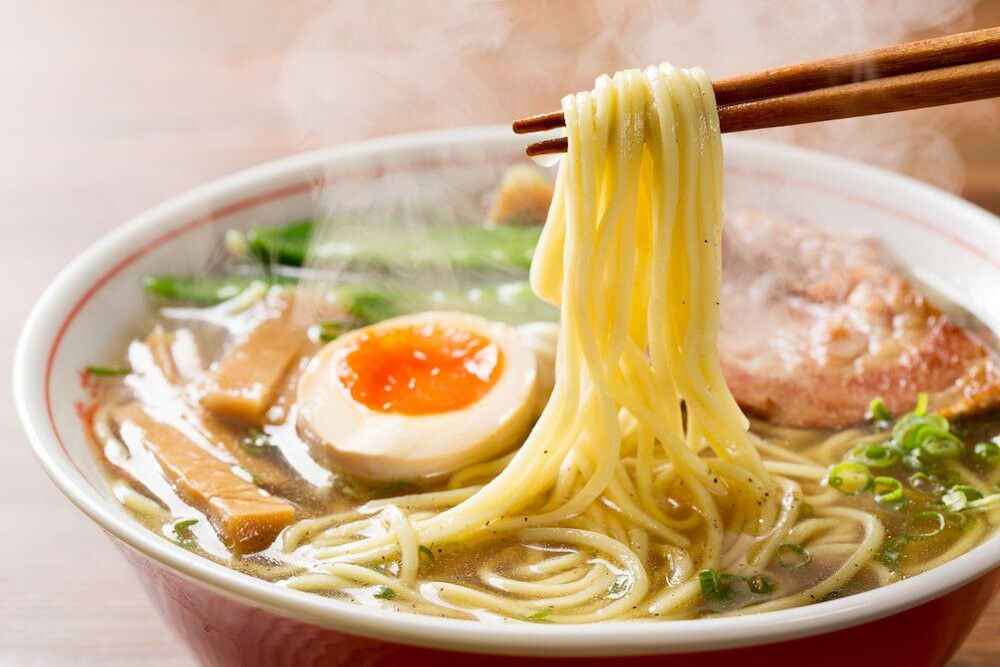 Ramen:
Sushi might be the most famous export of Japan when it comes to cuisine, but the dish of ramen is just as popular.

Originating in Yokohama, the dish is made up of noodles that are served in a broth; traditionally one that is based on chicken or pork, although seafood options are now also used. The broth is then flavoured with the addition of soy sauce or miso.

Any number of toppings can then be added to the complete the dish, which might include sliced pork, seaweed or any range of vegetables.

Papas arrugadas:
If you are one of the millions of people who chose the Canary Islands for your holiday then you’re probably going to see Papas arrugadas featuring on your menu.

Truth be told, it’s not the most exotic dish you are likely to find, being simply a side of boiled potatoes that are cooked using salted water.

Once cooked, the potatoes are then left in the dry pan to shrivel up, leaving a salted crust behind. 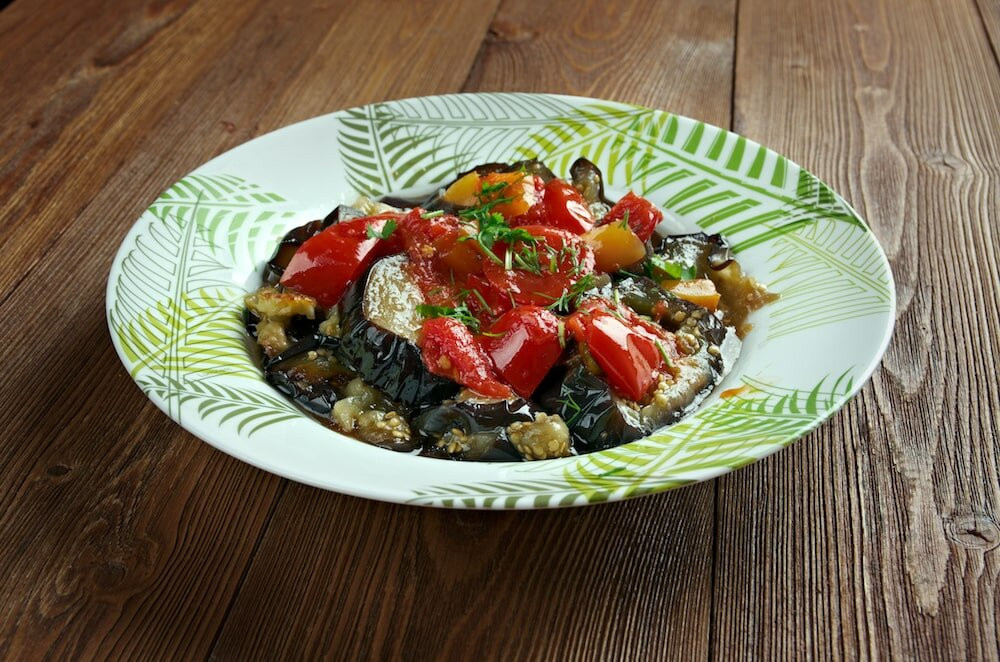 Tombet:
Ideal for vegetarians, or simply as an accompaniment to a meat or fish-based meal, Tombet can be found in pretty much every restaurant on the island of Majorca.

The dish comprises of potatoes, aubergines and peppers that are fried off in olive oil before being topped with a mixture of tomatoes fried with garlic and parsley.

Additional vegetables may now be added to the mixture beyond those that are traditional choices. 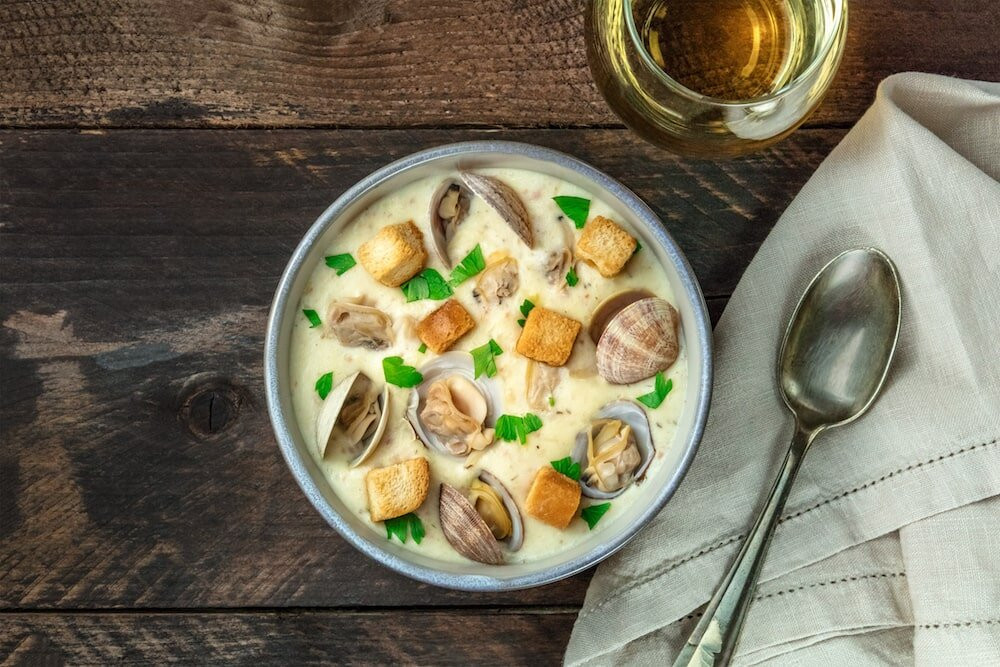 Clam Chowder:
Clam Chowder is a popular dish across the USA, although it is most commonly found around Massachusetts.

As the name suggests, the dish features fresh clams that are cooked in a broth that includes a range of different vegetables – such as potatoes, onions and celery.

In other parts of the USA, there have been different variations of Clam Chowder created, with the dish in Manhattan being largely tomato-based and the New England variant being much thicker thanks to a cream base. 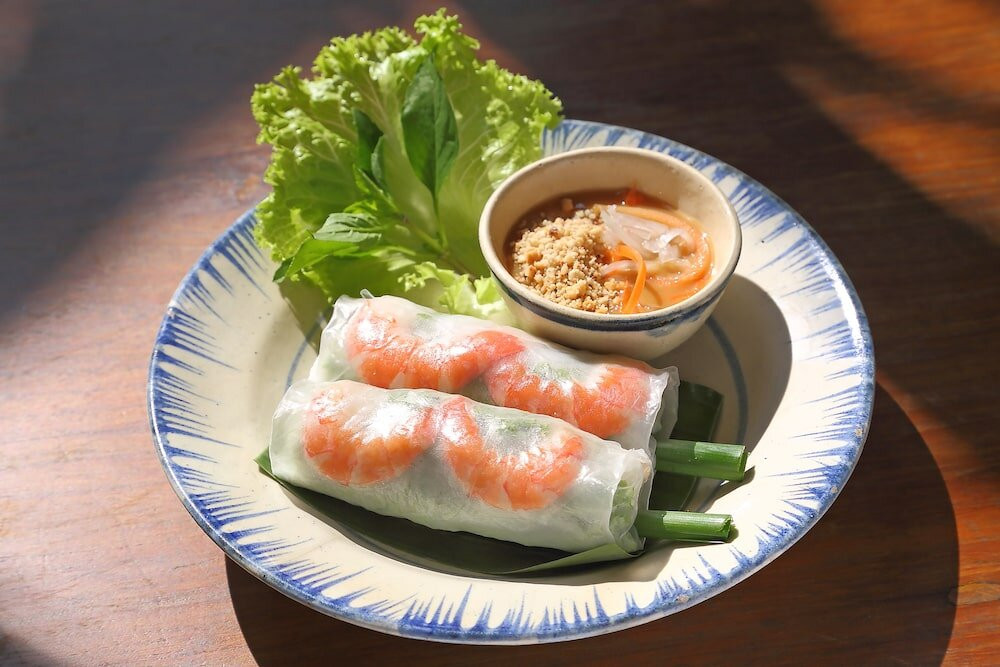 Gỏi cuốn
Gỏi cuốn is a popular dish in Vietnam and is a form of spring roll that was introduced into the country by Chinese immigrants.

A popular appetizer, the rolls are served fresh and comprise of pork, prawn and vegetables that are wrapped in rice paper.

Gỏi cuốn is then served with one of a choice of sauces, with hoisin and peanut options both being popular.