Okay, we’ve held off from this one as long as we possibly could but with the clocks changing shortly and the nights drawing in, we simply have to bow to the inevitable and admit it.

It’s time for the C word to be mentioned for the first time on these pages in 2018, because Christmas is getting closer.

Most people – we’ll say most because there is always a Scrooge – are huge fans of the festive period and one of the main parts of the run up to the big day is heading out to do your Christmas shopping.

Whilst some people enjoy the convenience that comes from logging onto the internet and having everything delivered to the door, others prefer to brave the cold and do the ‘big Christmas shop’.

Ahead of the festive season, many will take the chance to his the special Christmas markets that pop up in cities across the country, with the likes of London, Manchester, Leeds and Birmingham being particularly popular.

However, there is nothing to say that you have to stay within the UK to hit the Christmas markets, so we’ve put together a few overseas options that you might want to consider…. 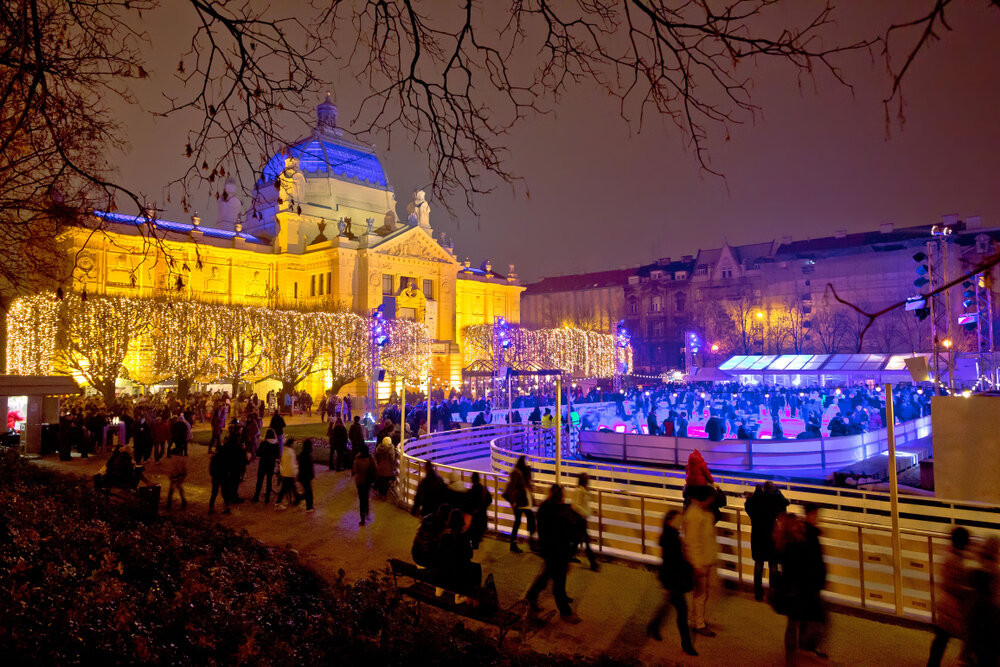 The Croatian capital isn’t somewhere that might have sprung immediately to mind for some Christmas shopping but the markets in Zagreb have been voted as some of the best in Europe – so are well worth checking out.

Running from the start of December through to early January, the markets are spread across the city with plenty of stalls selling all manner of festive goods.

The main square, Ban Josip Jelačić Square, is the place to go to check out live music and events on an open air show, whilst you can enjoy a range of food and drinks in European Square.

Local specialities await in Zrinjevac Park, whilst you can also spend time on a skating rink to really get into the festive spirit.

Visit the Zagreb markets once, and you’ll want to return…

You can enjoy a trip to the Zagreb markets with a two night stay at the Madisson Hotel for just £249pp, based on two sharing on a room only basis with flights from Heathrow – departing 3 December 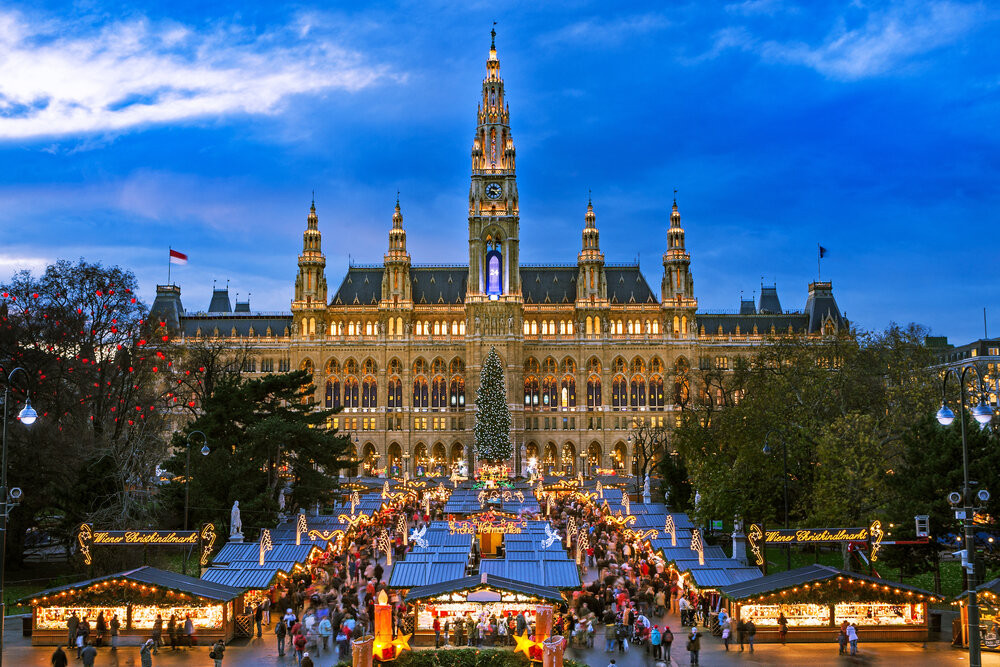 The Vienna markets kick off in mid-November and run through to Christmas and are an age-old Austrian tradition.

Various markets spring up across the city every year, with the main one taking place in front of the City Hall, where there are plenty of stalls selling festive wares and the delicious aroma of traditional Austrian food in the air.

Head inside the hall and you’ll be able to really get into the Christmas spirit, with a special area for children who can try their hand at a selection of arts and crafts.

You can head for the Belvedere Palace to some shopping in front of the world famous baroque building, sample Glühwein in the narrow alleyways around the former general hospital.

Take a trip to the Vienna markets with a three night stay at the Ibis Wien City on a B&B basis for £209pp, based on two sharing with flights from Luton – departing 7 December 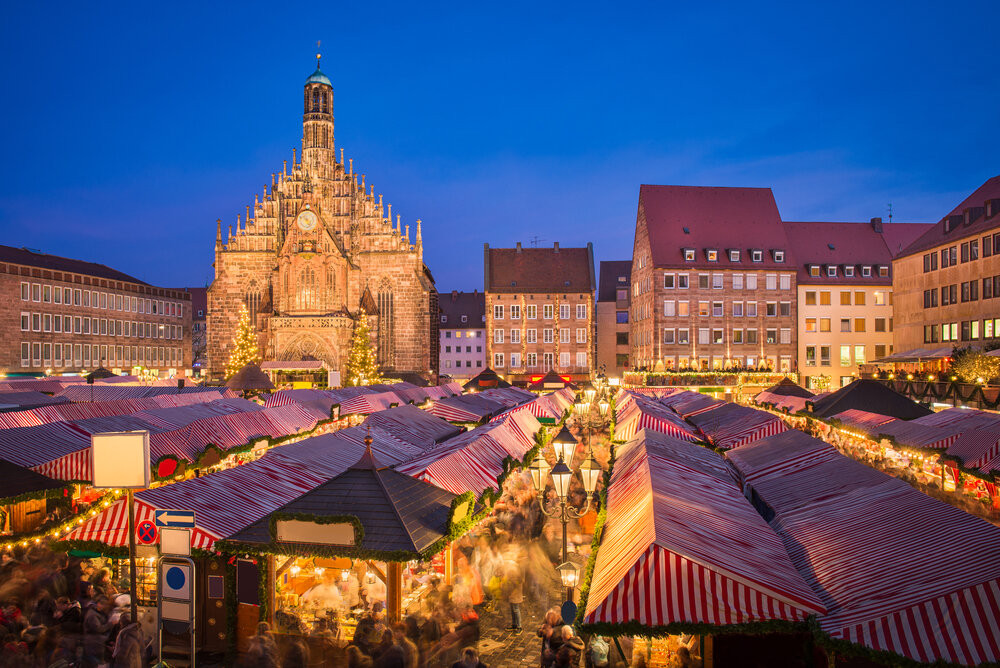 There are no shortage of Christmas markets on German soil every year, but one of the very best takes place in city of Nuremberg.

Running from late November through to Christmas Eve, the Nuremberg markets are sure to get visitors firmly into the festive spirit, with the chance to sample traditional Bratwurst and gingerbread washed down with a glass of refreshing beer or Glühwein.

The Christkindlesmarkt is one of the most scenic markets in Europe, particularly on an evening when the various wooden stalls are lit up by festive lights that glisten under the night-time sky.

Given how long it has been in operation, it’s little surprise to hear that tradition is a key part of the Nuremberg Christkindlesmarkt – something that is seen in the goods that are available on the various stalls.

Visit Nuremberg for the annual Christmas markets and enjoy a two night stay at the Center Hotel Drive Inn on a B&B basis for £168pp, based on two sharing with flights from Manchester – departing 5 December 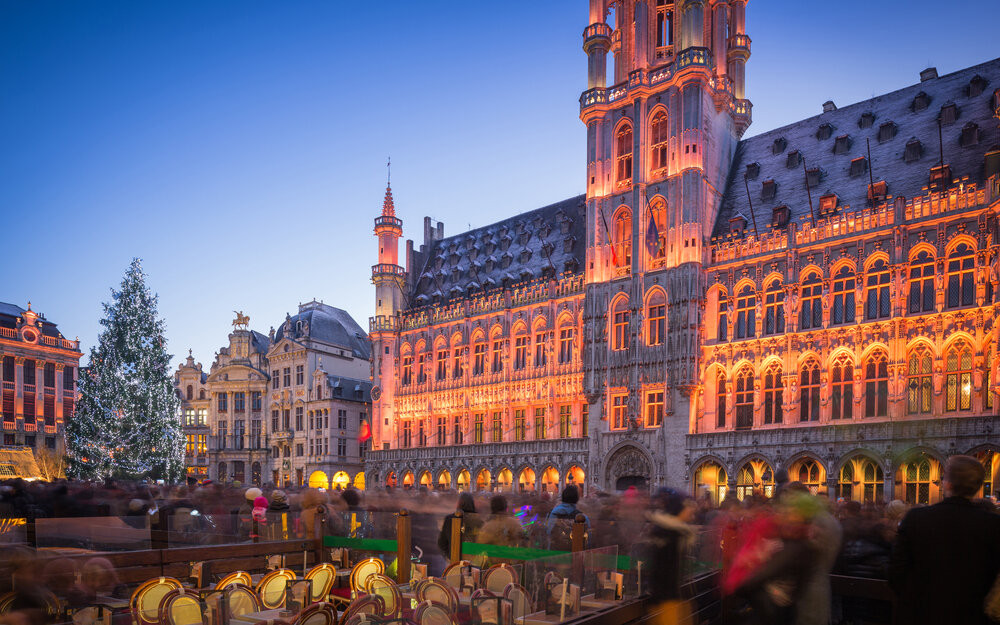 The Brussels Christmas market runs from late November right through to January and runs through the heart of the Belgian city.

The market is part of the annual Winter Wonders event, which also encompasses a number of fairground attractions such as a ferris wheel and merry-go-round, and a large covered ice rink on Place de la Monnaie.

The event creates a truly festive atmosphere on the city streets and is one of the most popular festivals to take place in Brussels every year.

Expect to find all manner of hand produced traditional gifts on the many stalls that line the streets, whilst there will be opportunities aplenty to sample some of the very best Christmas cuisine.

Special events – like a light and sound show – run throughout the five weeks that the markets are in operation.

Embrace the fun of the Brussels markets with a two night stay at the Hotel Chao Chow for just £136pp, based on two sharing with flights from Edinburgh – departing 3 December 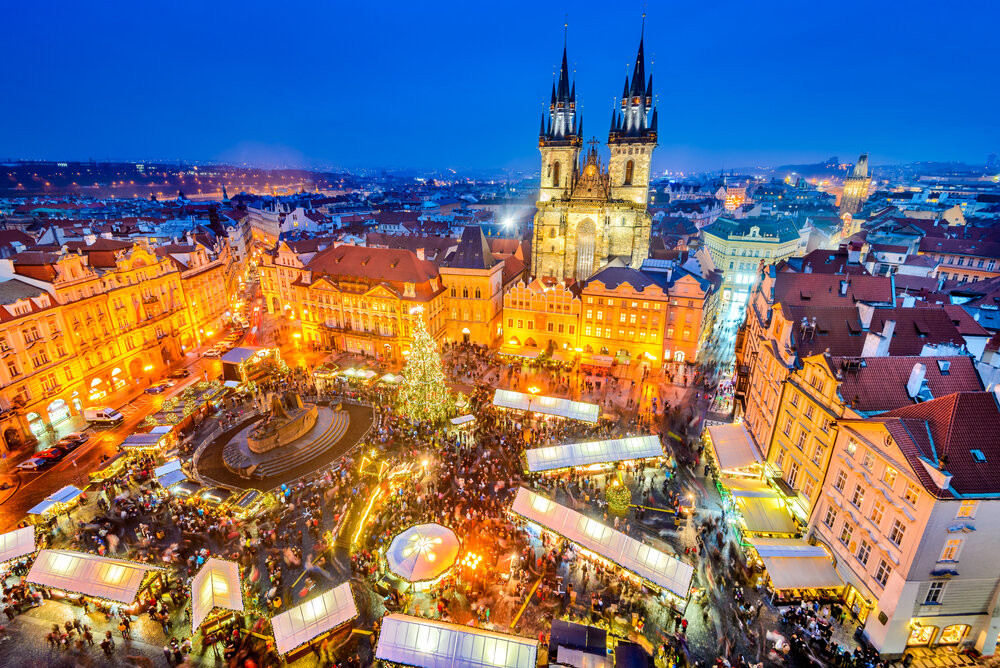 Prague is a popular city destination at any time of the year and the Christmas period is certainly no exception.

The special markets open at the start of December as the heart of the Czech capital is transformed into a special winter wonderland for visitors.

The main markets are held close together in Old Town Square and Wenceslas Square although there are various other smaller markets dotted around for those who want to head off and explore.

Local handicrafts are to be found on the majority of the stalls, with wooden toys, scented candles, embroidered lace and hand-made hats, gloves and scarves amongst some of the more popular items.

You can also sample traditional Czech food that includes klobása (a BBQ sausage) and Pražská Šunka (spit roasted ham), all of which can be washed down with a freshing glass of beer or some mulled wine.

Hit the Prague markets on a two night trip staying at the Relax Inn for just £125pp, based on two sharing on a B&B basis with flights from Liverpool – travelling 1 December 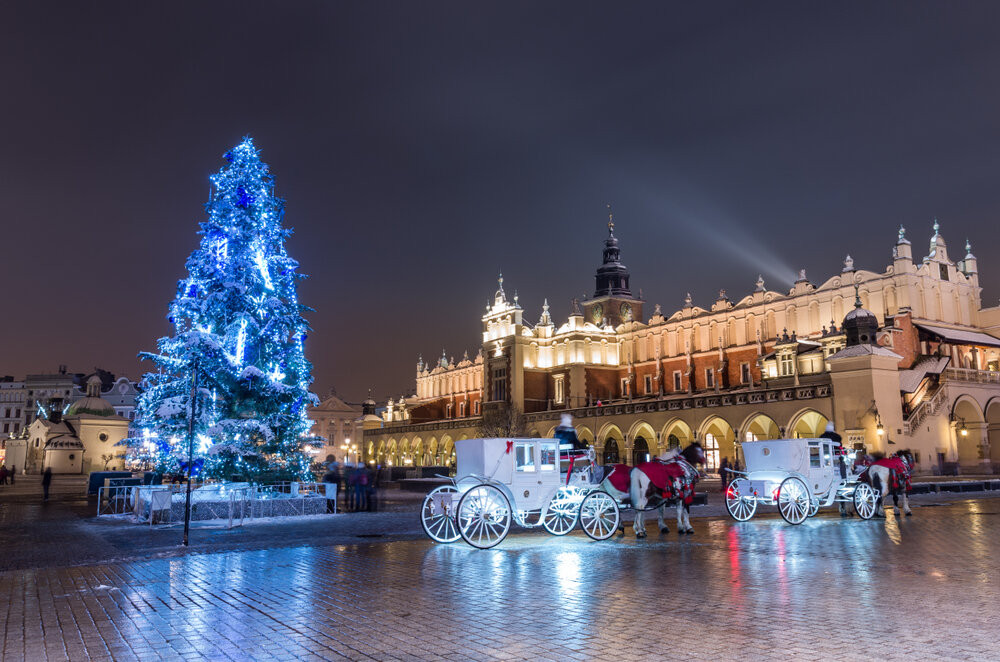 Like Prague, the Polish city of Krakow is becoming an increasingly popular option for a short break overseas thanks to its many historical and cultural treats.

During the festive period, Krakow is a city transformed however, with the introduction of the yearly Christmas market only adding to the appeal.

The markets run from late November through to Boxing Day at least, with the possibility that they may be extended into early January.

Based around the Rynek Glowny square in the Old Town, the market sells a range of goods that include hand made gifts, cards and decorations – with hand painted glass being a local specialty.

You’ll also find plenty of food options that give the chance to sample traditional Polish cuisine that will keep you warm whilst the temperature drops.

Enjoy a two night trip to the Krakow markets staying at the Best Western Galicya for just £129pp, based on two sharing on a B&B basis with flights from East Midlands – travelling 6 December 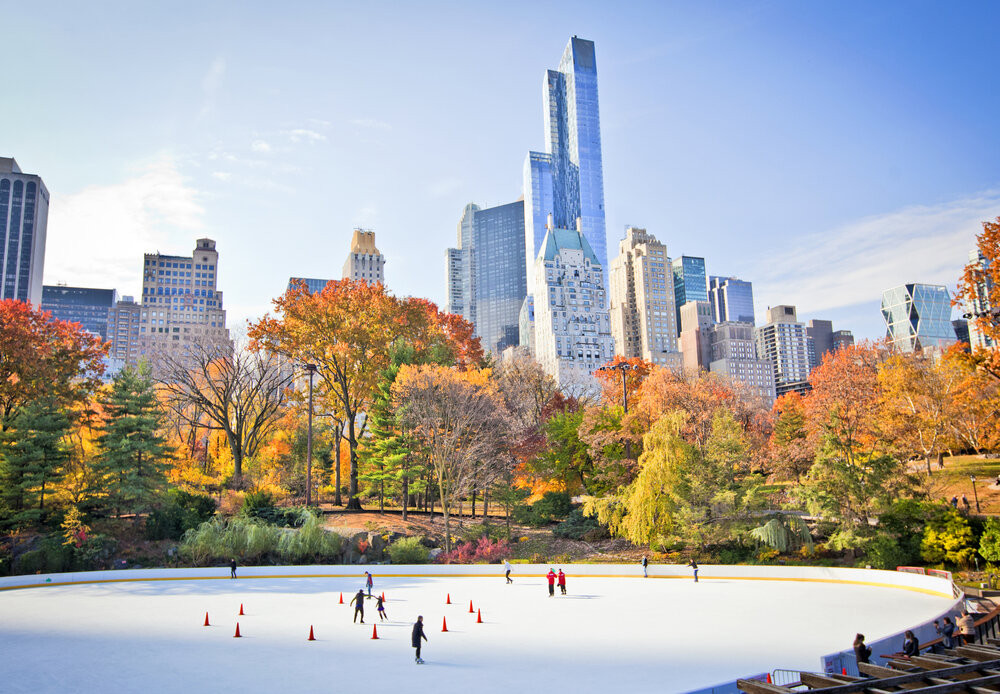 If you want to do some shopping overseas away from the markets then there are few options to beat New York.

The Big Apple is home to a myriad of top quality shopping options, with large-scale department stores like Macys, Bloomingdales and Saks Fifth Avenue where you can shop till you drop in search of bargains from the biggest designer names.

Alongside the big stores, there are plenty of designer outlets as well as smaller boutiques where you can seek out the kind of offerings that you wouldn’t find anywhere else.

There are Christmas markets within New York and there is something special about taking a trip to Central Park when the snow is falling to take a ride on a horse and carriage.

Add in the chance to explore some of the sights during your trip to the city and a Christmas shopping break to New York is well worth considering.

Head for the Big Apple for four nights for just £568pp staying at the Hilton Newark Penn Station on a room only basis, based on two sharing with flights from Leeds Bradford – travelling 30 November

Should you want to book any of the above trips, or an alternative Christmas shopping break overseas, then give us a call on 01332 920171