Booking your summer holiday in the sun tends to be one of the biggest decisions you’ll have to make on an annual basis.

Not only do you need to consider where you want to go, there is also the small matter of ensuring that you get the most for your money – with a holiday being one of the biggest expenditures the average family will have to budget for every year.

In most cases, you’ll be able to call upon a combination of glossy photos and popular review sites in order to help you decide on where you want to travel, with the likes of Tripadvisor and our partner site HolidayTruths giving travellers the opportunity to rate their hotels and give fellow holiday makers the chance to gain a first hand insight into what to expect.

However, that isn’t always the case.

Should the hotel you are looking at be brand new, there’ll be no reviews to work off, whilst a change in ownership would mean any previous comments would be pretty much null and void. 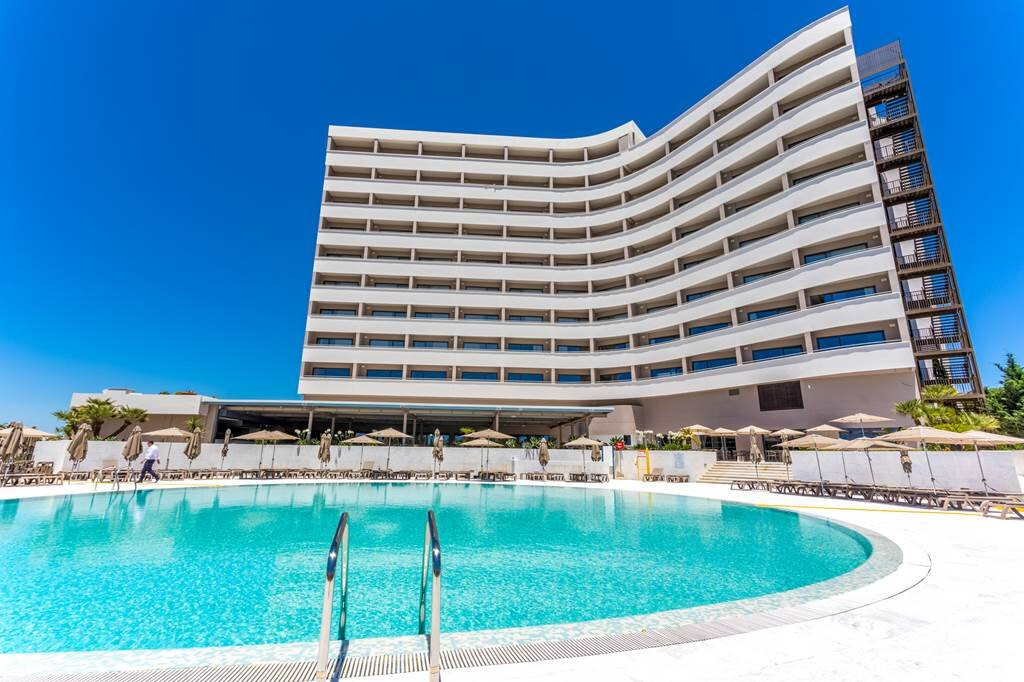 Depending on how far ahead you book, you might even find yourself looking at a hotel that isn’t yet completed, meaning you have little more to go off than the marketing blurb that the hotel itself has put together as well as some artists impressions over what you should expect to be waiting for you.

It’s the holiday equivalent of buying a house off plan – you know what you are expecting to get, but will it be the reality…

That is the position that one of our team members found themselves in on a recent break to Portugal and it shows that you shouldn’t automatically discount the ‘new kid on the block’, even though there are certain things you most certainly bear in mind.

It was back in the autumn when the decision was taken to visit the Algarve for 2018, with the requirements for the holiday being simple. The hotel needed to ideally be 4* minimum, offer all inclusive and offer plenty to keep two young children entertained over the course of a week.

The entertainment element was pretty easy to cover off, with a number of hotels that offered inclusive access to the popular Zoomarine Theme Park as well as Splash and Slide – one of the top waterparks to be found in Portugal.

There was also a range of all-inclusive options in resorts including Alvor, Albufeira and Lagos – to name but three – that also ticked the box when it came to the star rating.

In the end, the extra facilities for kids at the Jupiter Albufeira, located as the name would suggest in the resort of Albufeira, was enough to tip the balance. 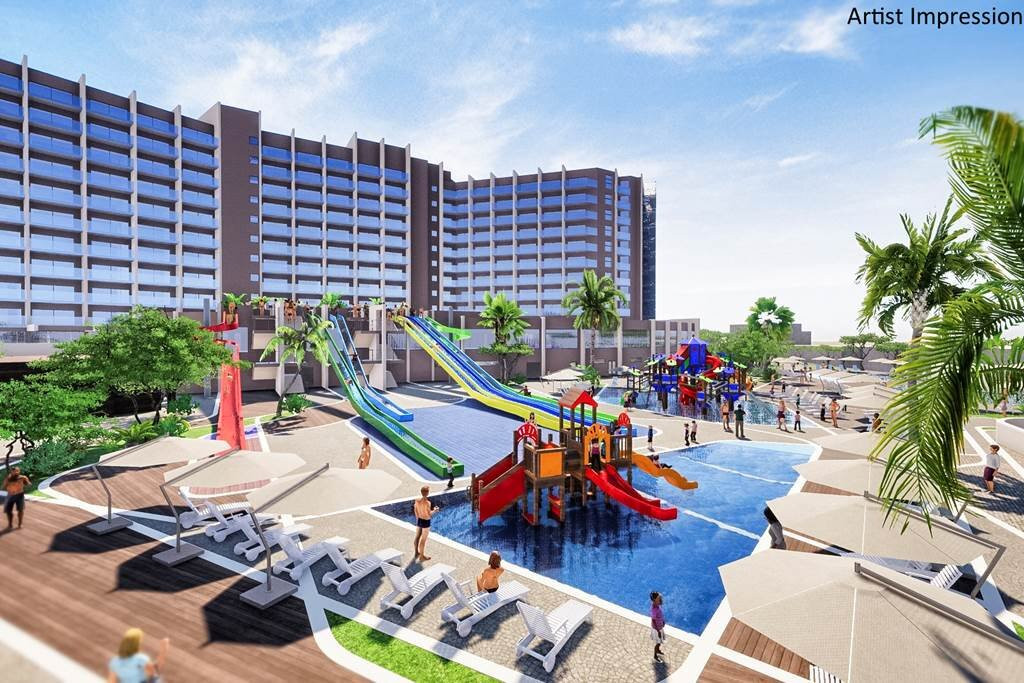 The only potential downside was that there were only impressions of what to expect from a hotel undergoing extensive refurbishment ahead of 2018 having been taken over by new owners.

Now the obvious cause for concern when booking off-plan is that the hotel might not be ready in time and, has been well documented in recent months, that was something that proved to be the case for some who had booked.

Originally slated to open by the start of June at the latest, ongoing work meant that the hotel instead opened for guests on our arrival date of 1 July, with those who had booked to arrive before that date being relocated to other hotels either within the Algarve or elsewhere across Europe.

Clearly the delays were far from ideal but when the hotel opened its doors, did it deliver the experience that was suggested from the off-plan nature of the booking?

The short answer was yes it did, albeit with some changes to the original plan.

Artists impressions showed two splash pool areas for small children around a collection of five slides for older kids, whilst the hotel opened with just one splash park in place.

There were also elements that weren’t quite completed and things that will change over time, although it didn’t have a detrimental impact on the holiday experience for the vast majority of visitors.

So how was the experience of visiting a brand new hotel?

Well as you’d expect, it was spotlessly clean and there were plenty of staff on hand to deal with customer needs – probably more than were needed given the number of guests during the opening week. 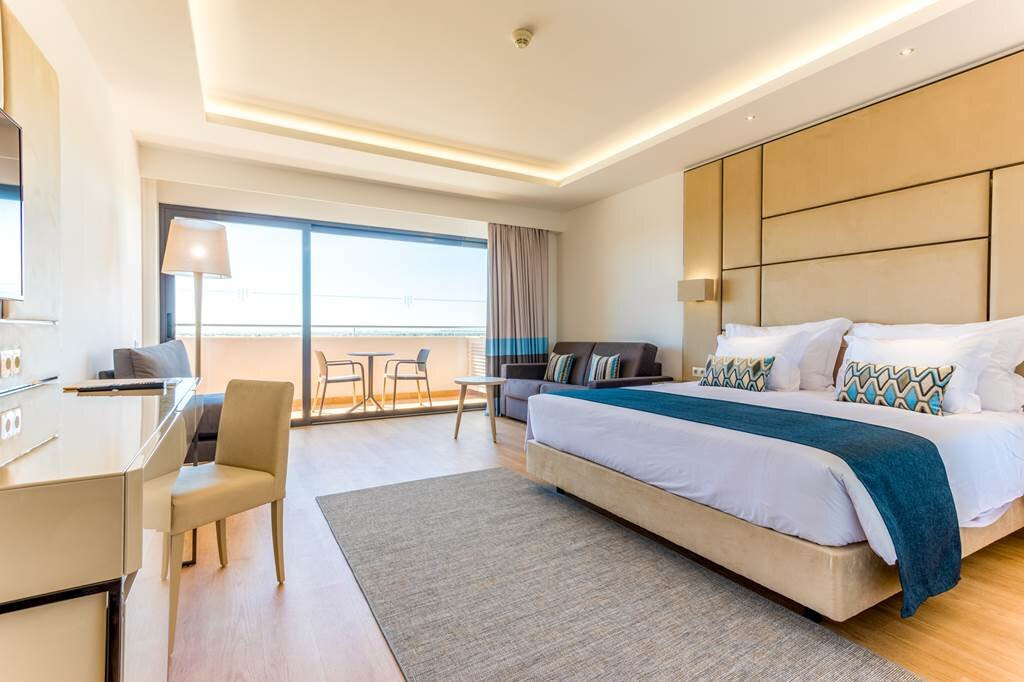 Rooms were spacious for a family of four with a large balcony area that looked out across the main swimming pool area – which is also where you found the splash park and the five slides.

These slides had been a key selling point for the hotel and whilst there were some issues with the waterflow on one that resulted in it being closed for a few days, they would certainly prove to be popular with both young and old alike.

The main pool was one of four, two being located around the swim-up bar and two, including one just for adults, being positioned on the other side of the hotel near the lobby bar and restaurants.

The swim-up bar was one of the facilities that wasn’t quite finished and it’ll be interesting to see how it changes over the coming months, but it was open and providing refreshments – which were expanded throughout the week and have since been further enhanced with the addition of ice cream for the kids.

It was a similar situation with the dining, with the choice available in the main buffet restaurant increasing throughout the week and the second Italian-themed dining area being opened from the second day to increase the variety that was available for guests.

There was also an A la Carte option that could be used once a week for guests staying a minimum of six nights. 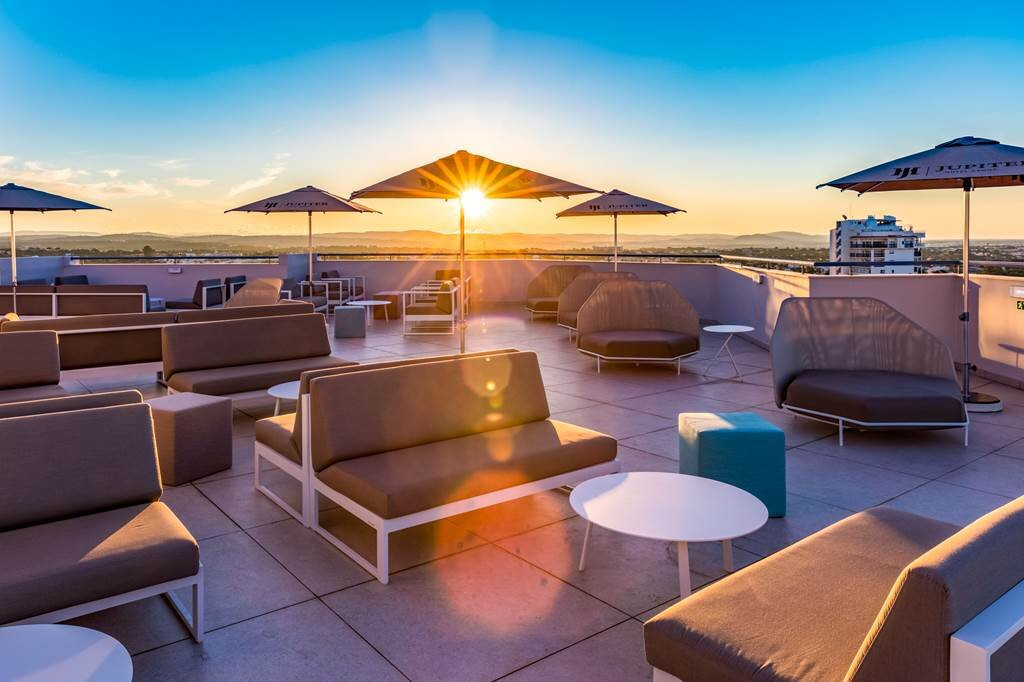 The all-inclusive package featured the usual combination of alcoholic and non-alcoholic drinks (including some branded spirits), as well as a collection of cocktails - and were available from a number of different bars across the day.

These included the swim-up and lobby bars, as well as a rooftop bar that opened from 5pm every day and provided fantastic views across the surrounding area and down to the beach.

That beach was easily accessible thanks to the hotel’s shuttle bus service, or thanks to a leisurely walk down the popular Albufeira Strip with its many bars and restaurants. The shuttle bus also operated to the Albufeira Old Town, with the Marina being a short stroll further on.

Entertainment ran both during the day and into the evening with something to cater for all ages, although the adult offerings are set to expand based on early customer feedback. Children had access to a well-staffed kids club that offered age appropriate activities throughout the day – in fact the entertainment staff and the relationship they developed with the children was one of the real highlights.

A day at the Zoomarine Park catching the animal shows and riding the waterslides – all of which was included in the price of the holiday - was thoroughly enjoyable for the kids.

As a brand new hotel, there were teething problems but on the whole, the experience proved to be a positive one – so much so that a booking has already been made to return next summer to see what the hotel has to offer when fully up to speed.

Albufeira as a resort also had plenty more to offer than we were able to experience so is well worth a repeat visit. 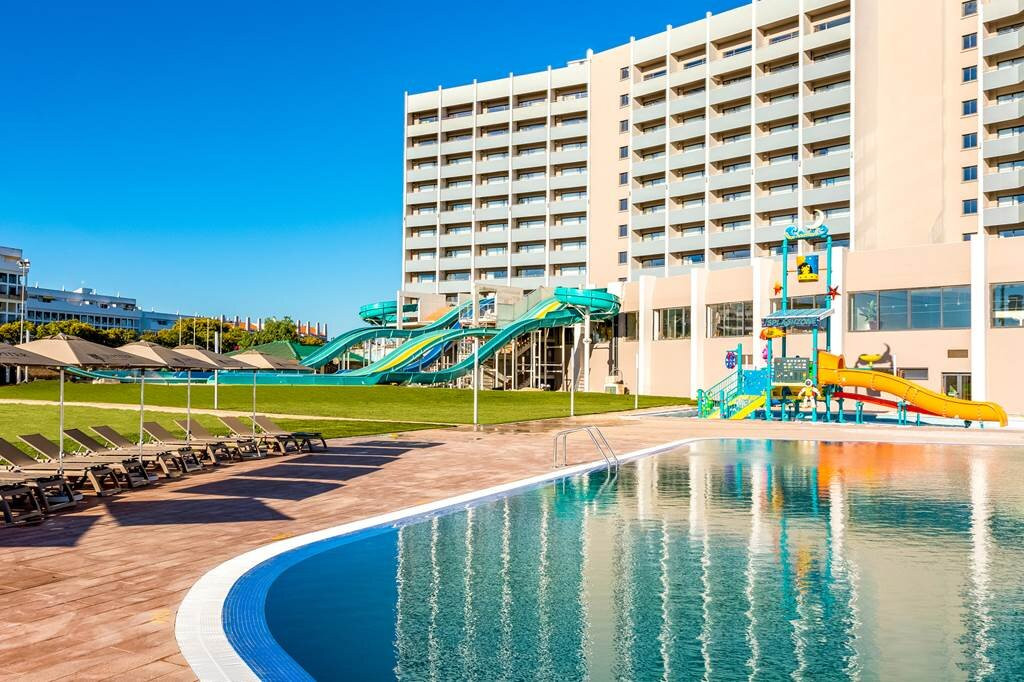